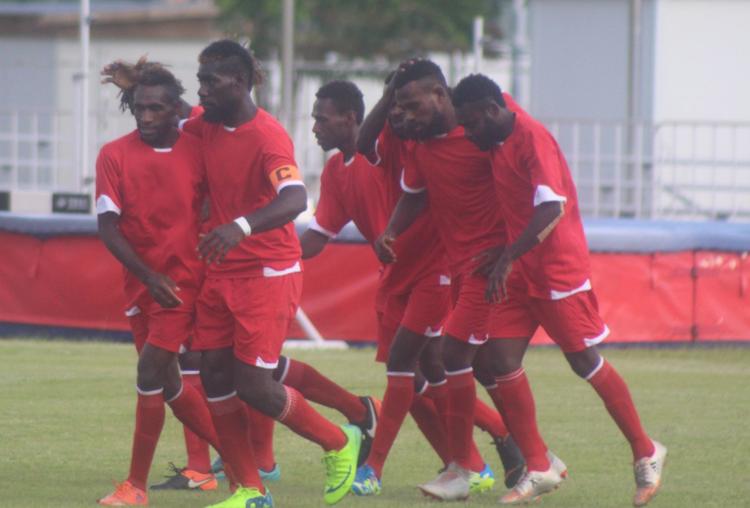 Last weekend Epi islanders, especially Nuvi villagers, were all smiles around, as Shefa was crowned a new champion.

“I would like to take this opportunity to thank you for successfully coordinating the SHEFA Football Association National Super League (NSL) finals last Saturday at the Korman Complex which resulted in SHEFA FA producing a champion club which hails from outside Efate and Tongoa, for the first time in the history of SHEFA as a member association for Vanuatu Football Federation (VFF),” SHEFA Football Association President, Tane Maki said.

“This is a clear testimony that through VFF’s decentralization program and vision, we are slowly achieving our vision in bringing the success of soccer to the untouched and remote areas of the country.”

Nuvi FC which hails from Varsu Area League in the Eastern part of Epi was crowned SHEFA Champions after defeating Fenua FC from Ifira, the currrent South Efate League Champion with a score of 3-2 after 90 minutes.

Nuvi went 3 up only in the first half of the game with a consolation penalty from Fenua FC leaving the scoreline at 3-1 in the first half of the game. After half time Fenua was the only team to score but this was not enough leaving Nuvi the eventual winners with a score of 3-2 in their favour. Nuvi will now represent SHEFA as the champion club alongside Milo FC from Epi and Fetukei FC from Emau Area League and Eastern FC as runner up from Tafea FA as the four teams to play off for a spot in the 7 MA’s Final play-offs next year at Korman complex on the 10th of November 2018.

Fenua FC will be travelling down to Tanna, for the play off against Medics FC, as Tafea Football Association (TFA) champions and 3 other teams from TFA who will battle out for the other remaining southern region spot for the 7 MA’s final play-offs.

“It is now urgent and important to liaise with the Fenua FC team management to start making arrangements today for the teams travelling down to Tanna for the tournament which begins this weekend.

“Thanks again for your commitment and contribution in ensuring the tournament is successfully completed,” Maki said.