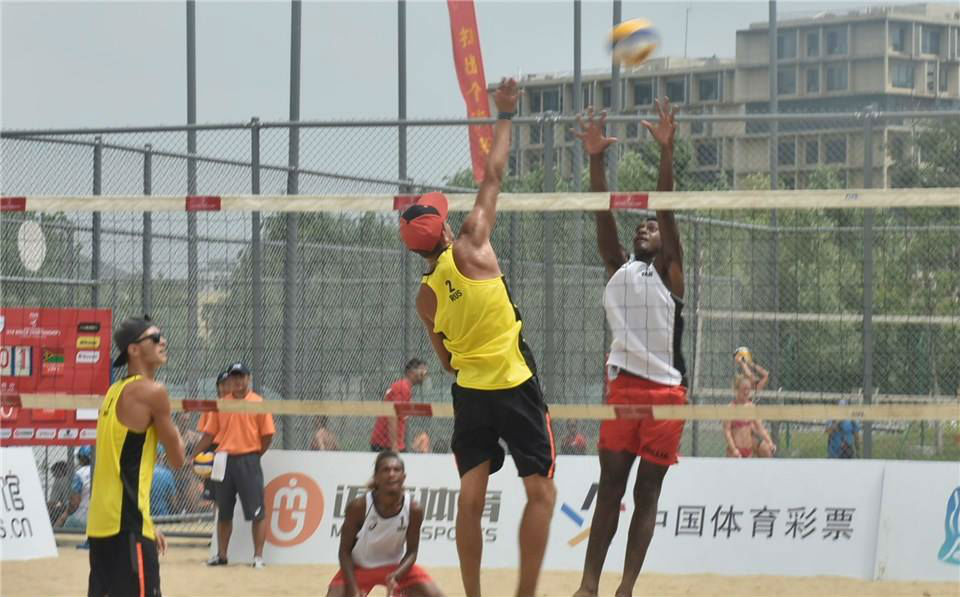 THE Vanuatu beach volleyball under 16 girls have enjoyed a big win in their finals of the Total Girl Challenge, which took place on October 22-26 in Bourail, New Caledonia.

The two under 16 beach volleyball players Justina Garae and Chantale Wille Leow, both 14 and from Ecole Public.

Both girls have been attending the Asco Motors programs since they were 11 years old in class 4.

On the final matches for the two girls they have put on a really tough performance as they won their finals, which saw Vanuatu beating Lifou with 2 sets to 0. Vanuatu is very fortunate to be part of this competition which involves girls from different islands in Noumea plus only Vanuatu to compete in this competition.

The beach volleyball girls were under the sponsorship of the French Ambassador in Port Vila who sponsored the girl’s trip to participate in an all-girls sport, called the Total Sport Girl Challenge in Bourail.

The U16 girls have travelled to Noumea to part take in this competition with and under the supervision of the Vanuatu beach volleyball National women’s player and U16 coach Linline Matauatu.

Beach volleyball is not the only sport that is being played during this competition s there is also Basketball, Football, Handball and Rugby 7.

A Vanuatu beach volleyball spokeswoman said this tournament has helped develop the girl’s skills and strength plus it made them learn about a different and a new culture which will help them build good and strong relationship with other athletes form New Caledonia.

“Along with their win the girls have also won the U16 championship earlier this year plus the school games,’’ she said.

“It has been an important first international event for these two young beach volleyball girls to further develop their skills and have gained more confidence.’’

She said that the girls have been performing at their best in their previous training and in their past tournaments which helped their performance against Lifou.