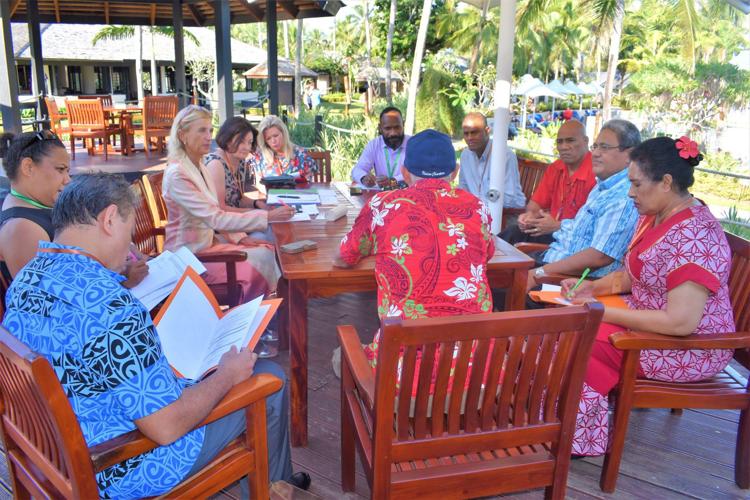 The kava standard for the Codex Region of North America and South West Pacific (NASWP) will go before the Codex Alimentarius Commission for endorsement in 2021.

The standard is for kava prepared as a beverage for consumption.

The Codex Alimentarius is a collection of internationally recognized standards, codes of practice, guidelines, and other recommendations relating to foods, food production, and food safety.

During the web tool training there were also parallel side sessions.

The side sessions discussed draft standards developed under the Codex umbrella for Noni and Kava.

The Noni session was attended by Cook Islands, Tonga, Samoa, Vanuatu, New Zealand who helped to put the paper together and the Codex Secretariat from Rome

The Kava session was attended by experts from Vanuatu, Samoa, New Zealand and the Secretariat in Rome.

In an interview with Kizzy Kalsakau from 96 Buzz FM, he said: “The reasons for running parallel sessions is to take advantage of officials who were here attending web tool training and also getting in touch with them physically to provide further comments to the standard and bring it to better shape

“Now we have timeline for these standards, especially the kava one that will go before Codex Alimentarius Commission for endorsement in 2021,” Mr Tumukon said.

He said next year the draft standard will go before the Regional Codex Coordinating Committee for NASWP that will convene here in Vanuatu for endorsement before it is taken to the Commission the following year.

Vanuatu is leading in developing the kava standard.

Mr Tumukon said assistance have been sought from kava experts such as Dr Vincent Lebot.

He said more research is needed to collect information on Noni to identify constituents in it to answer to concerns raised by some countries on the safe levels of constituents in the Noni products.