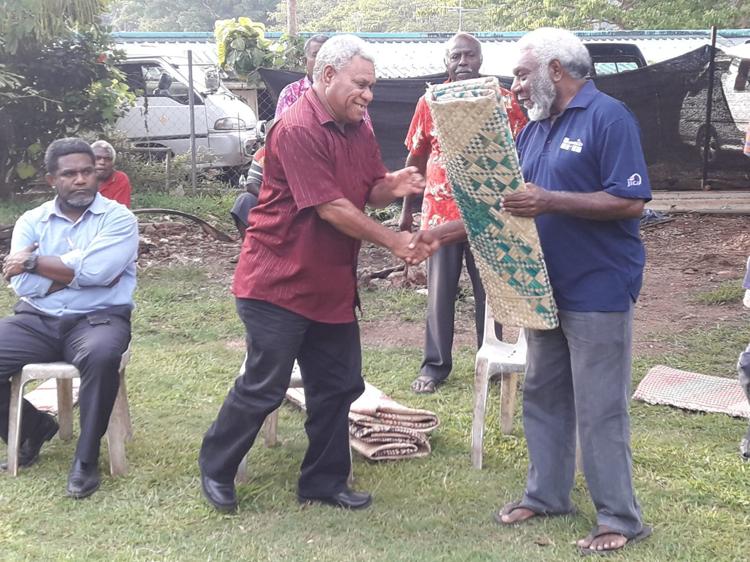 A custom reconciliation ceremony took place at the Round House Nakamal at Freshwota 2 area on Tuesday this week between leaders of Vanua’aku Pati (VP) from Tanna island.

The ceremony was witnessed by supporters and delegates from Tanna who returned the congress on Ambrym. 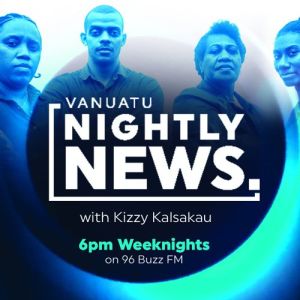 The purpose of this reconciliation is to iron out differences caused from the recent 40th VP Congress at Penabo Village, South East Ambrym.

He said congress is the highest governance body of VP where delegates to congress have the power to make decisions.

He clarified that he withdrew his nomination to allow for the smooth election of the new VP President, which he handed the VP leadership to Mr Loughman.

Natuman said a ceremony will be held again on Tanna with the new President of VP.

He congratulated and wished the new President all the best in his leadership.

Mr Natuman also thanked MP Koanapo as the creator of ‘VP Kambak Policy’, for supporting him in this call for VP supporters to come back to the party.

He then presented both his colleagues with a mat each.

Meanwhile, the new VP President, Bob Loughman, said sorry to the former President for any differences that may have risen from his election as VP President.

Loughman also said sorry to all VP supporters on Tanna.

He acknowledged the former VP President as an outstanding VP leader from Tanna, leading the through some very difficult times after the passing of late President, Edward e Natapei.

He called on every VP supporters on Tanna to unite in building Vanua’aku Pati and also acknowledged MP Koanapo for his leadership and as the man behind the ‘VP Kambak Policy’.