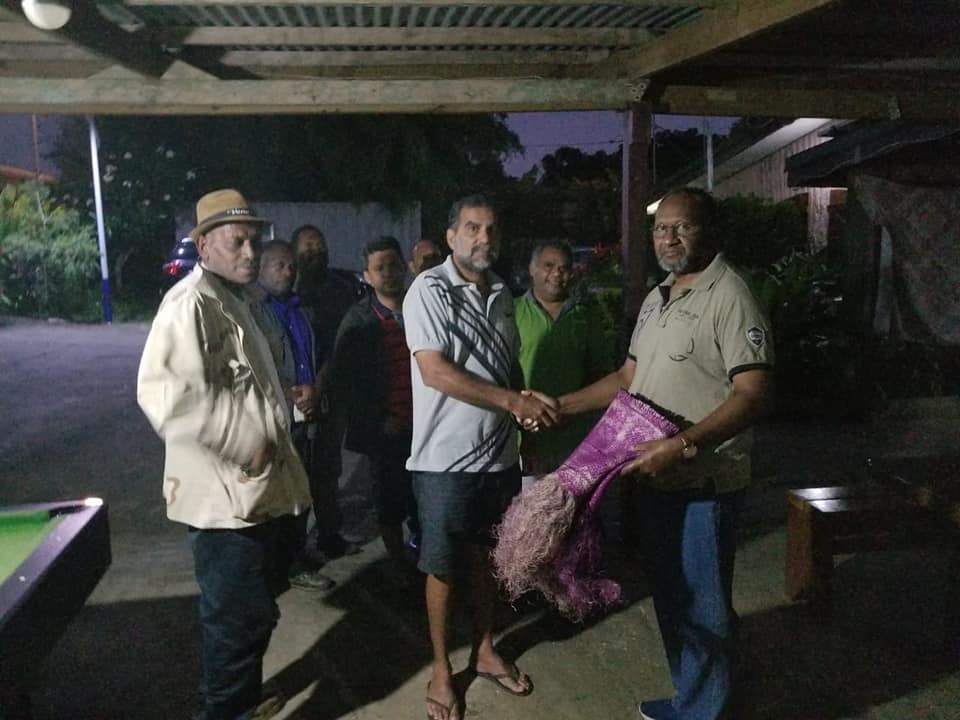 Leaders Party Vanuatu says thank you to the Prime Minister 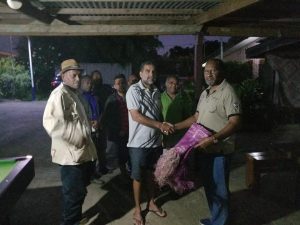 In an unprecedented move on during the weekend, the President of the Leaders Party Vanuatu (LPV) and his fellow MPs paid a visit to the residence of Honorable Prime Minister Charlot Salwai Tabimasmas to thank him for having been part of the current government since its formation after the last general election.

During the ceremony which was the utilisation of traditional practice of maintaining peaceful and cordial relations between two parties, Prime Minister Salwai expressed his regret over the reshuffling and informed LPV that it was as a result of pressure from certain MPs and partners in the coalition.

It is the first time in Vanuatu politics since independence that an ousted political party has thanked a sitting Prime Minister for having been part of a current government and many see it as a true sign of mature leadership not only by LPV for taking this unprecedented step but also on the part of the Prime Minister for receiving them into his personal residence for the ceremony.

LPV Ministers – Jotham Napat holding the Infrastructure & Public Utilities portfolios and Matai Seremaiah holding the Agriculture & Biosecurity portfolios were terminated by Deputy Prime Minister Bob Loughman during the Prime Minister’s absence on an overseas visit. No reasons were given to the two former ministers for their termination.

It is believed that the termination resulted from concern and dissatisfaction by certain factions in the current governing coalition who felt threatened by the effectiveness and success of the two LPV ministers with their portfolios. Former ministers Napat and Seremaiah were seen to be two of the most active and effective ministers in the government and under their stewardship, the country has seen considerable development progress in the sectors of infrastructure, agriculture and livestock.

Results in provincial government elections and the recent bi-elections on Tanna for the seat of former Deputy Prime Minister Joe Natuman showed that LPV was the fastest growing political force in the country building up a very solid support base nation wide and receiving much support from the rural areas which comprise almost 80 per cent of the Nation’s population and over 40 of the 52 seats in the National Parliament. The next general election will be in 2020 which is less than 2 years away.

The removal of the two LPV ministers from their position has generated a significant reaction in social media with many expressing their dissatisfaction publicly on facebook in group pages widely followed by many of the nation’s educated younger generation.

The reshuffling of the two former ministers and ousting of LPV from the government has created a sense of uncertainty amongst the general population, in the current government’s stability. LPV was seen as the most solid and united group in the government coalition whilst since the formation of the current Salwai Government, other parties suffered several defections and movement by MPs.