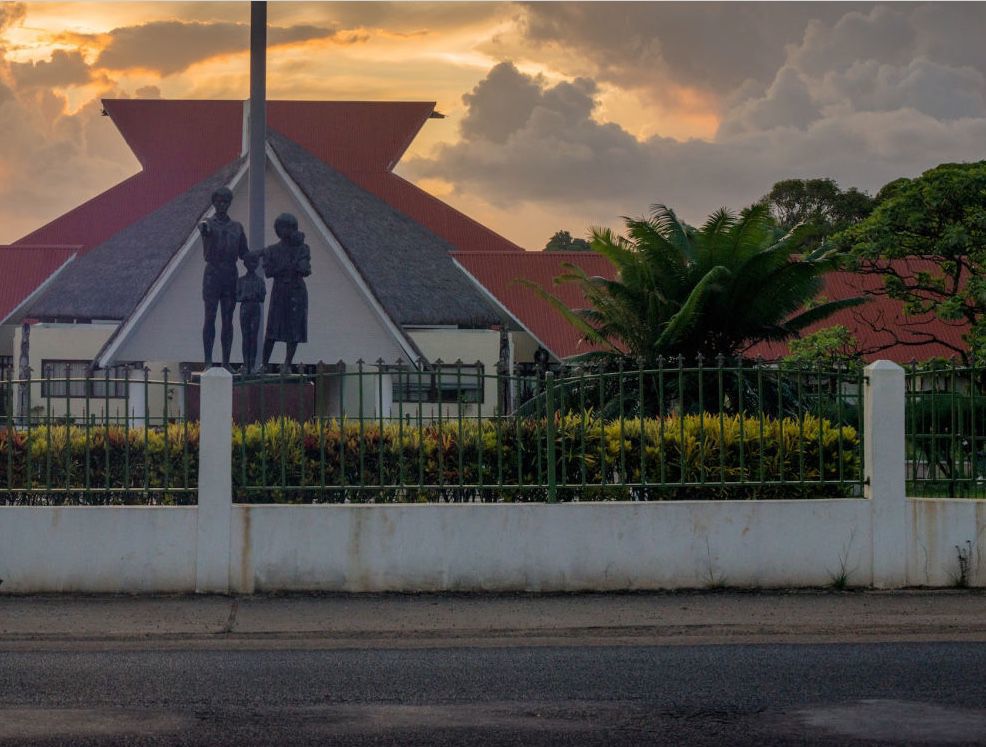 The numbers in Parliament have shifted after Leaders Party of Vanuatu (LPV) announced that all their members of Parliament will be sitting on the Opposition side when Parliament meets on November 23.

This announcement by LPV to move was made by President, Jotham Napat, who said this decision was reached after lengthy consultations with his party colleagues and constituents.

Napat said all eight members of LPV will sit with the opposition when parliament resumes, but he stopped short of naming who the eighth MP was.

The seven MPs that LPV has are President Jotham Napat, Matai Seremiah, Francois Chani, Jerry Kanas, Ian Wilson, Gracia Shadrack and Jimmy Nipo who will be sworn in when Parliament meets.

It is understood that one of the Deputy Speakers of Parliament is an affiliate of LPV, however it is not clear which side he will be with in the coming session of Parliament.

LPV is moving with one of the highest numbers that a political party has on the government side and when this happens, it triggers speculations of a motion, which at this stage there is none.

According to numbers that Daily Post collected yesterday from various sources, the Government still commands the majority at around 33 MPs.

The word ‘around’ is used because there are a few ‘roving MPs’ whose allegiance can swing at any time when they see the numbers shifting or if they are not happy that their demands are not met.

However, it is safe to say that the Salwai-led coalition government still commands the majority support of over 30 MPs.

It remains to be seen which side three other MPs will be joining in parliament.

Meanwhile, Napat said he and his colleagues met with the Prime Minister last weekend to learn why he and former Minister Matai Seremaiah were terminated from their positions.

“We met with the prime minister for over an hour and he expressed his regret over our terminations,” Napat said.

“The PM told us it was not his choice or wish to terminate us yet some members of his government felt it was in their interests to do so in order to try to hold their seats in 2020,” Napat said of the political motivation behind their removal.