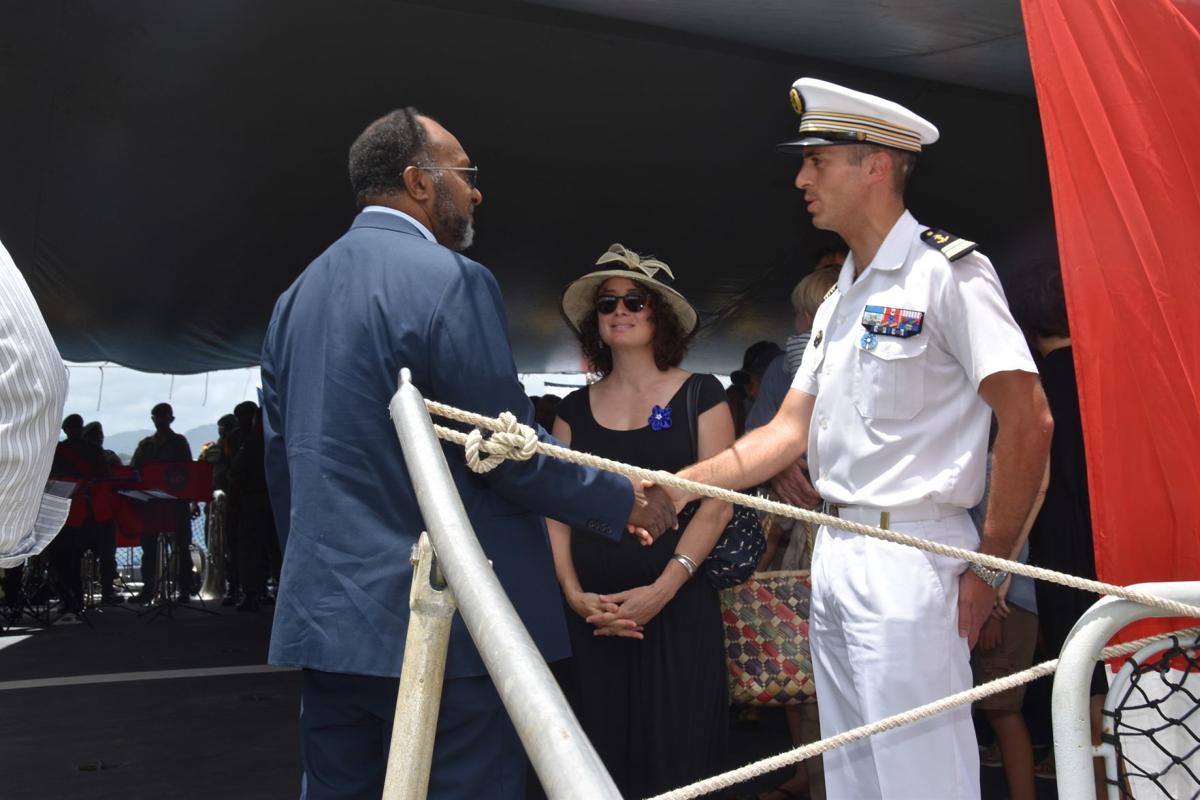 The “Vendémiaire” surveillance frigate visited Port Vila from November 9 to 12, 2018.

This much anticipated official visit to Vanuatu was part of the commemoration of the centenary of the 1918 Armistice.

It also provided the opportunity to conduct a civil-military action for the benefit of the people of Vanuatu in support of the association St. Vincent de Paul.

The commemoration ceremony took place in front of the Port Vila’s war memorial, in the presence of local authorities including the Acting President of the Republic, Edwin Macreveth and the Prime Minister, Charlot Salwaï.

In addition, various neighboring nations and friends were represented: Japan, Australia, the United Kingdom and New Zealand all paid tribute to the memory of the fighters of the Great War. The various national anthems were played by the Vanuatu Military Band, then wreaths were laid by the nations and the various organizations present, as well as the Chargé d’Affaires of the French Embassy and the Commander of the “Vendémiaire”.

A moving tribute to the “poilus” of 1918 was finally given by the students of the French lycée of Port Vila, before reading the official message of the President of the French Republic.

The participants then went aboard the FANC frigate where the captain and his crew received them at a reception given for the occasion.

The “Vendémiaire” also took advantage of this stopover to unload boxes of clothing and medical equipment for the benefit of Vanuatu, shipped a few weeks earlier.

Indeed, thanks to the sponsorship of the frigate by the city of Nouméa, the edge was able to get in touch with the association Saint-Vincent de Paul who collected 8m3, or 2 tons of donations of clothing, medical devices and school supplies. These will be distributed to local populations affected by natural disasters. Proud to have contributed to this mission, the entire crew participated in the landing.

At least 58,600 people died while seeking better lives since 2014. To more world-news-network.com