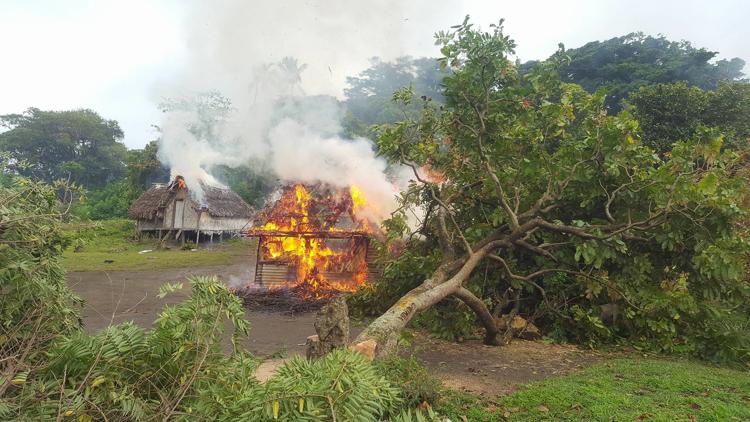 The Court of Appeal (CoA) has set aside the Supreme Court decision to evict families residing on Lapangnapeuk Land, Tanna.

A new course will now be taken in another proceeding if the individuals alleged that they have been harmed.

The decision came after the appeal by Martin Iapatu and others against the Supreme Court orders on September 19, 2018 in civil case 3848 of 2016 was allowed.

Justice John Von Doussa ordered the respondent and Member of Parliament Tom Noam to pay the appellants’ costs in the Court of Appeal on standard basis.

He further restrained MP Noam from trespassing on the land marked CC3 in the Lapangnapeuk map attached to the Tanna Island Court decision dated November 27, 2014 and from interfering with the use of CC3 land by the second in this case.

He said the court notes the undertaking of the respondent not to further seek to enforce the decisions of the Tanna Island Court dated November 27, 2014 and August 31, 2018 until appeals to the Supreme Court against these decisions are determined.

He said that liberty is reserved to apply to the Supreme Court to vary this undertaking in the event that a party considers the resolution of the appeals is being unreasonably delayed or obstructed by another party.

The CoA stated that the Supreme Court on September 17, 2018 issued a notice of hearing for a conference scheduled for September 19, 2018 and sent copies to Noam’s counsel and Collin Leo who had appeared for the second appellants in this case (19 of 60 named appellants) in the Appeal Court in November 2017.

Justice Von Doussa said that a minute prepared by the conference judge indicated that at the conference counsel for Mr Noam orally sought a restraining order and the judge invited him to draft an order in terms he was seeking.

He said that at a later time that day and without Mr Leo, the orders challenged under appeal were issued.

He said that they have seen sworn statements from many people filed in support of this appeal in the few days leading up to the hearing on November 2017, which indicated that a party of a police on September 28, 2018 carried out a sudden and unforwarned operations to enforce the orders of the Supreme Court by removing people they understood to be on Lapangnapeuk Land.

He said that they were seen cutting down trees and burned down the houses of the people they were evicting.

The sworn statements asserted that police was accompanied Mr Noam, members of his family and his then counsel, and were aided the destruction of properties by some of them.

Many of the affected parties said people were moved, houses were torched down and fruit trees and personal properties damaged.

Photographs exhibited showed that many of the trees chopped down were older trees that have been planted before 2014 Island Court decision.

Justice Von Doussa said that fright and fear was all they could experience at the time by old women and children and up to 300 people have been affected while another sworn statement said that three heads of sandalwood planted 15 years ago were taken and sold, and the proceeds was retained by Mr Noam and his family.

He said some of those sworn statements speak of the tragic consequences for them and for their lives, families, houses and gardens.

He said that some deponents alleged eviction from areas where they have lived all their lives.

The first appellants asserted that they have been evicted by from areas customarily occupied by them in accordance with their rights of use and occupancy recognised by the Tanna Island Court decisions.

by those who say that their rights have been wrongly invaded.

Lakin Yahim and Luwi Harry Naksam represented by Robin Kapapa who were directly affected by the court order were told to pursue their right in other proceedings if they wish to.

Meanwhile, the island court decision in 2014 had given the affected party the customary right to harvest coconuts, make gardens, graze cattle and other existing developments within the developed land.

The exercise of those rights were limited to the existing properties prior to the declaration but the order has been abused by the Appellants of this case before the court made some orders restraining them to make further development at Lapangnapeuk Land without permission.

This was when the eviction order was pursued and successfully obtained by Mr Noam before the order was executed with immediate effect.

That court order marked the second mass eviction executed on Tanna after thousands of people were evicted from temporary settlement in Enkahi, White Sands.