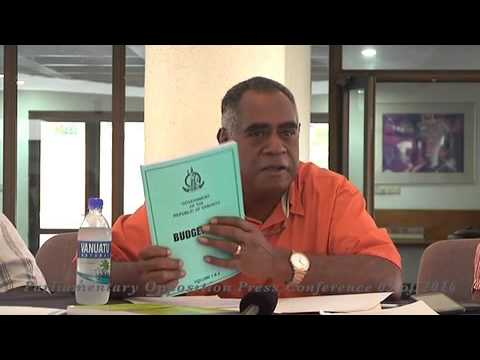 Opposition wins the case against the Speaker of Parliament 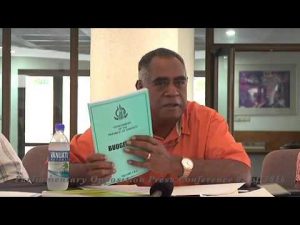 The case lodged against the Speaker of Parliament by the Opposition went to trial today after the court conference between the parties before the judge which decided that the Speaker had a case to answer.

The case is related to the motion of no-confidence against the current Vanuatu Prime Minister – Charlot Salwai Tabimasmas.

The events leading to this current court decision and the motion took a more serious turn after the Deputy Prime Minister – Bob Loughman in the absence of the Prime Minister who was travelling, terminated the two ministers – Jotham Napat and Matai Seremaiah of Leaders Party Vanuatu.

It is believed that whilst the Opposition consisted of 17 mps and the Government had over 30 mps, the motion tabled with the Speaker by the Opposition was signed by 31 mps and there is an ongoing tug of war to see which side will have the numbers when the motion is debated on Tuesday 4th of December at the allocated time for motions which is 4 pm local time.

Attempts were made to withdraw some of signatures, with the Prime Minister and the leader of one of the other coalition partners in government – Minister Ralph Regenvanu publicly alleging that the signatures were forgeries however the Opposition has responded by releasing to the public media, attestations signed by mps at the same time as they signed the motion.

It is believed that 12 mps signed the attestations voluntarily waiving their rights from prosecution for bribery if after having signed the motion, they attempt to withdraw their signature supporting the motion in the event that they are offered and accept a position by the current Prime Minister in his efforts to secure and maintain his numbers in the governing coalition.

The whole nation will be holding its breath to see what happens in Parliament at 4.00 pm on this coming Tuesday when the current Prime Minister may be victorious or the country will have a new Prime Minister.

‘Gilets jaunes’: will Macron’s concessions be enough to stop the protests. To read more click world-news-network.com