CONCERN RAISED IN PARLIAMENT OVER APPOINTMENT OF SPECIAL ADVISOR

Concern has been expressed by the Opposition on the floor of Parliament over some appointments made by Honorable Minister Ralph Regenvanu – Minister of Foreign Affairs.

At the forefront is the appointment of Shiv Shankaran Nair as Vanuatu’s “Special Advisor” to advise the Government on cryptocurrency and block chain financing initiatives and strategies, currently being pursued in some countries.

Concern arose after it was discovered that Shiv Shankaran Nair had been blacklisted and debarred permanently by the World Bank and sanctioned by the World Bank’s fraud and corruption policy. Mr. Nair has provided a response to explain his issues with the World Bank which surfaced in the media. 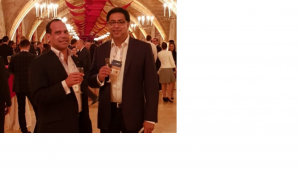 There has been some concern over the Government’s involvement in Crypto-currency and the fact that there is yet to be legislation enacted to properly regulate this.

Vanuatu was removed from the OECD blacklist and is currently on the grey list after agreeing to introduce and implement legislative initiatives to enable it to meet regulatory capacity targets within a certain time frame.

There are some concerns and fears that the Government’s involvement in block chain and crypto currency initiatives at this point in time may lead to Vanuatu’s status in the OECD being reviewed and the country being put back on the OECD blacklist.

Any such blacklisting will have a serious impact on Vanuatu’s eligibility for and access to certain types of financial help from the EU. The EU was and still is a significant donor partner of Vanuatu.

One of the common concerns is whether the individuals appointed have been properly checked and verified as being suitable and have the capacity, credibility, integrity and status to represent Vanuatu for such appointments and in the respective jurisdictions. This is not the first time nor the first government that questions have arisen over such appointments.