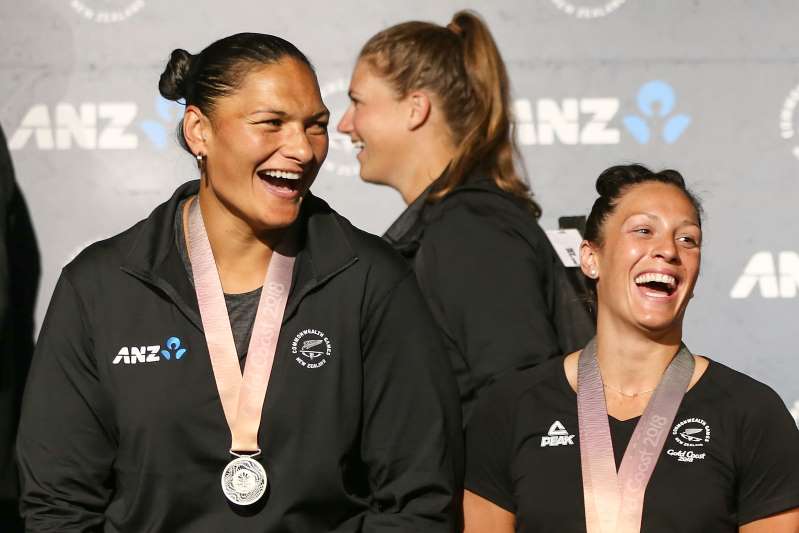 Dame Valerie Adams has declared pregnancy won’t stop her from competing at the 2020 Tokyo Olympics.

New Zealand shot putter Dame Valerie Adams has declared that her current pregnancy with her second child, a boy, won’t stop her from competing at the Tokyo Olympics in 2020.

Dame Valerie is currently in Monaco presenting an award at the annual IAAF awards night where she was once honoured as Female Athlete of the Year in 2014.

The 34-year-old said on the event’s red carpet that bouncing back from pregnancy is tough but with her baby due in April feels she has enough time to prepare.

“I have fifteen months to train up for Tokyo which is great the first time when I had my first baby I had six months from woe to go to get to Commonwealth Games,” says Dame Valerie

“It’s doable, we’ve got the blueprint ready to rock and roll so we’ll see how it goes but I am looking forward to the challenge.”

The dual Olympic shot put champion confirmed in October she was expecting her second child by posting a photo of her one-year-old daughter, Kimoana, holding a sign saying: “I’m going to be a sister.”

The Rotorua-born suffered a knee injury ruling herself out of the season ending Diamond League track and field meet in Brussels earlier this year, but did compete on the Gold Coast at the Commonwealth Games where she secured a silver medal with a final throw of 18.70m.

Dame Valerie’s last appearance at an Olympic Games was in 2016 in Rio de Janeiro where she threw a shot of 20.42m to claim a silver medal.