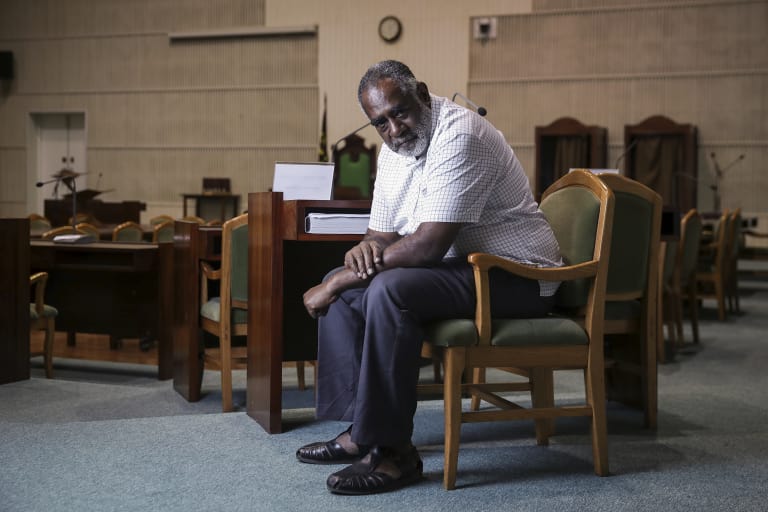 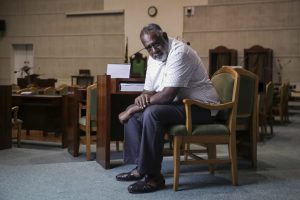 Yesterday the Opposition Group in the Vanuatu Parliament lodged another motion of no confidence with only 9 signatures to be discussed in the current Ordinary Session of Parliament next week.

This was after the failed motion which was debated in Parliament last week only after the Opposition won a legal challenge against the Speaker’s ruling that the motion was not in order.

This week it is unlikely that the Speaker will be able to rule in a similar fashion as a motion lodged to be discussed in an Ordinary Session of Parliament requires only nine signatures.

The last motion which was lodged with signatures of 30 Members resulted in a changing of the political landscape and included an unexpected removal of the then Minister of Justice – Honorable Ronald Warsal and the appointment of three new ministers as well as some appointments to keep government backbenchers happy and refrain from supporting the motion to topple the government of Prime Minister Charlot Salwai Tabimasmas.

However since the failed motion last week, it is believed that the Opposition has lodged legal challenges of which some are considered to be quite potent cases for some as there have been precedents set in other legal jurisdictions for similar situations.

The main one being the appointment of Parliamentary Secretaries for which the Opposition has procured supporting documentation of other similar cases in other jurisdictions with precedent judgments which may lead to Parliamentary Secretary positions being declared unconstitutional in which case those who have enjoyed the benefits and privileges may be forced to repay these benefits and the costs of these privileges.

If the resultant judgment of this case follows other precedent cases referred to above, it is unlikely that many of the current sitting MPs who have hold positions of Parliamentary Secretary will be able to repay the benefits they enjoyed as Parliamentary Secretaries which could lead to them being declared bankrupt which would lead to them losing their seats in Parliament and with the time frame of General Elections in 2020 which is just over a year away, they will be unlikely to be eligible to stand in the coming General Election in 2020. This could affect as much as 20% of the current sitting Members of Vanuatu’s Parliament.

There is no doubt that some political parties will have their numbers severely reduced and their political futures will be in question because the decision will not be subject to discussion in Parliament but decided by the legal system which those affected, as Members have sworn to uphold.

The only potential saving grace for some will be to cut a deal with the Opposition and thus save their political futures and this may have a significant impact on the current motion lodged yesterday.

Regardless of the outcome, these developments in the political arena will go a long way towards educating Members of Parliament on their responsibilities and the importance of the positions they hold and the oath they swore when entering Parliament.

Many comments in public media such as popular facebook pages with the Vanuatu public suggest that the general public has had enough of the political games which have fragmented the Vanuatu political landscape for so long and allowed political opportunists to capitalize on the situations thereby affecting the country’s economic and social development.

Vanuatu has not been kind to its political has beens.