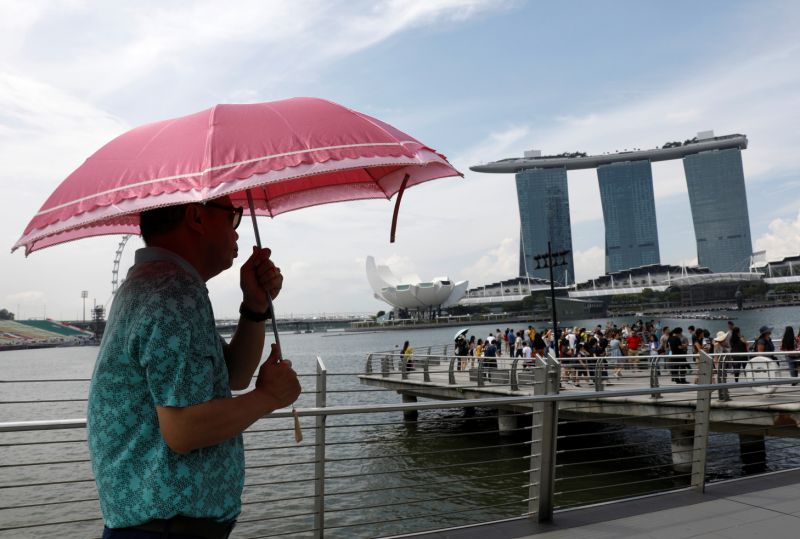 Using the UK as an example, Dr Lim said in Parliament that the European country has implemented such an Act, with the aim of setting a science-based long-term target of achieving an 80 per cent cut in carbon emissions by 2050.

Other developed countries, including Japan, Norway, and Sweden, have similar legislation in place. In the case of Norway, it is moving towards being a low carbon society by 2050. Meanwhile, Malaysia has announced that it will be drafting its responses to cope with a potential 2°C rise in global temperatures.

Dr Lim also asked the government to disclose the level of energy that can be harnessed from renewable sources and whether it will consider giving incentives to private property owners who install solar panels.

The MP also suggested reviewing the current design of recycling bins placed within HDB estates. He pointed out that the bins have one large opening and are similar in design to normal trash bins. As such, he proposed placing recycling bins with separate small openings for each type of recyclables in the heartlands.

Calling for greater public awareness of these bins, Dr Lim said, “Will NEA do more public education on this and teach residents to separate the different recyclable wastes rather than to treat the recycling bin as a dustbin?”

Dr Lim also spoke about the planned adoption of electric cars, and asked if the government would take the lead to install more charging points around different parts of Singapore.

Finance Minister Heng Swee Keat highlighted some of the measures to cope with climate change in his Budget 2019 statement on 18 February.

“As a low-lying island nation, there is nowhere to hide when sea levels rise. The government is studying the implications carefully and will come up with measures to prepare ourselves adequately,” Heng said.

To discourage diesel consumption, Heng announced a doubling in the excise duty for diesel to $0.20 per litre, as well as the permanent reductions of annual Special Taxes on diesel taxis and cars.

A carbon tax announced in 2018 will make it mandatory for facilities in Singapore producing 25,000 tonnes or more of greenhouse gas emissions annually to pay a tax of $5 a tonne from this year to 2023. By 2030, the amount will be increased to between $10 and $15.

Erdogan: Turkey in contact with Damascus through its spy agency. >>> menamap.com