Latest News
Home News What sort of stink does a nappy ban create? Vanuatu is about to find out 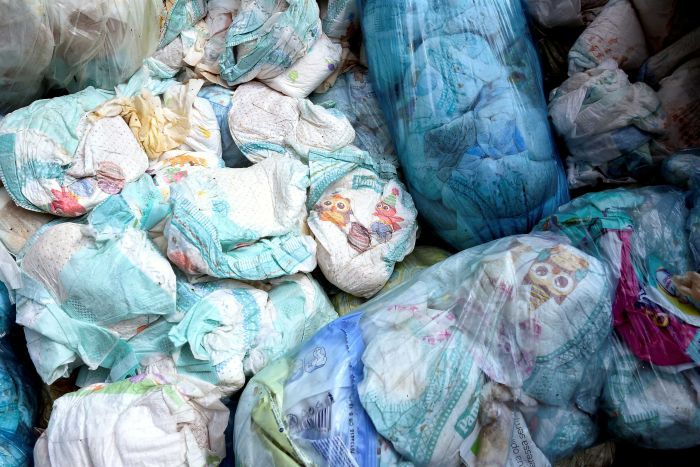 What sort of stink does a nappy ban create? Vanuatu is about to find out

Vanuatu has signalled it plans to become the first nation on Earth to ban disposable nappies, and now it’s scrambling to find an alternative.

The ban is slated to take effect in December, which means Vanuatu will need to find enough reusable diapers to swaddle its estimated 20,000 babies and toddlers.

Vanuatu’s Foreign Minister Ralph Regenvanu announced the plan as part of broader changes that will ban a range of plastic products.

How plastic affects our oceans

How big is the problem and what can we do about it?

But the news has sparked mixed reactions, with some locals taking to social media to praise the idea while others questioning how it would be implemented.

“Vanuatu ahead of the times — well done,” one user wrote on Facebook

But cost and accessibility are clearly issues, with another Facebook user voicing concern about the feasibility of reusable options in the more remote parts of Vanuatu outside of capital city Port Vila.

“Port Vila has some but what about the outer islands?”

What fabric best replaces plastic? A race to find alternatives

Belinda Rosselli from local NGO Mama’s Laef said she was working on a prototype reusable nappy.

“I’m trying to work out what fabrics will work best in Vanuatu because of heat,” she said.

“We know that there are babies [being brought forward] across Vanuatu with [navel] issues caused by the synthetic materials used in blankets, [and] the same sort of fabrics are widely used as a liner in reusable diapers,” she said.

“So I’m looking at more cotton-based [fabrics] and other components that will be kind to the baby’s skin.”

Australians use 3.75 million nappies every day

Disposable nappies are a global environmental problem, with an estimated 450 billion used annually.

In Australia, the environmental group Boomerang Alliance has calculated that 3.75 million nappies get used every day of the week.

“That’s a lot of babies, a lot of bottoms, and a lot of nappies,” Jayne Paramor, the alliance’s deputy director, told Pacific Mornings.

“Somewhere around 800 million disposable nappies are going into landfills every year because we don’t have an alternative.”

Ms Paramor said disposable nappies now account for at least one per cent of Australian landfill.

“We’ve been led down a path where we believe disposable is easier, and the environmental consequences are starting to bite,” she said.

Is a nappy ban possible in Australia?

To date, nappy bans have been touted in other parts of world: last year the UK’s Environment Secretary Michael Gove hinted at one ,but was forced to step back on his statement after a community backlash.

“I think we will first [find] better ways to manage the waste … and keep them out of landfills.”

War on Waste: What plastics can be recycled?

Did you know that every type of plastic is fully recyclable and that at least 20 per cent of what is in our garbage bins right now should be in our recycle bins?

Ms Paramor said it was important to recognise disposable nappies were once a life-changing tool for women, but better designs are now needed to improve the recyclability of disposable options.

“These days there are fewer and fewer stay-at-home mums, so I think that convenience factor was a huge part of enabling women to go back into the workforce easily and resume their careers,” she said.

“As a woman I would never stand in the way of that benefit, so we need to do a better [job of] designing the material — using and reclaiming and re-utilising them.