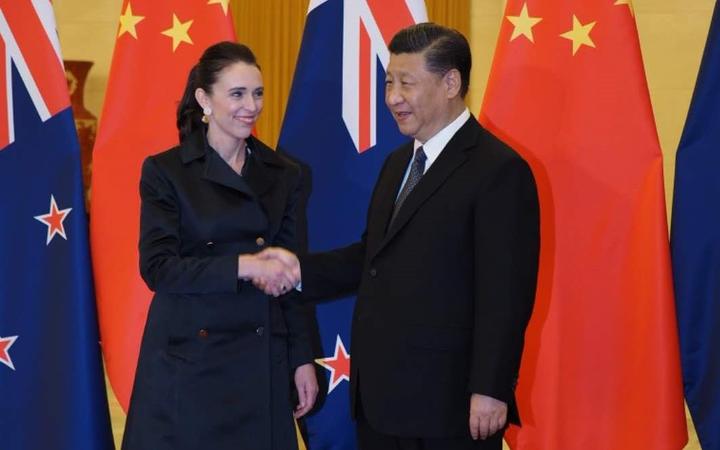 New Zealand and China must ‘trust each other’ – Xi Jinping

But in a pointed comment he also said the two countries have to “trust each other” if there are to be future opportunities for development.

President Xi said as prime minister, Ms Ardern had on many occasions expressed a commitment to China New Zealand relations.

“You come to visit us when there are unusual circumstances and urgent tasks at home; your presence here fully reflects the importance placed by yourself and your government on China New Zealand relations”.

Her visit, he said, proved that “special commitment”, and he expressed his “deep sympathy” for the Christchurch shootings.

The two countries had made “historic strides” in their 47 year long diplomatic relationship and New Zealand had become “one of the closest between China and western, developed countries”, including being the first of those countries to sign a free trade deal.

But for any new opportunities, he said, the two sides “must trust each other, pursue mutual benefit and strive to open up new grounds” in the bi-lateral relationship.