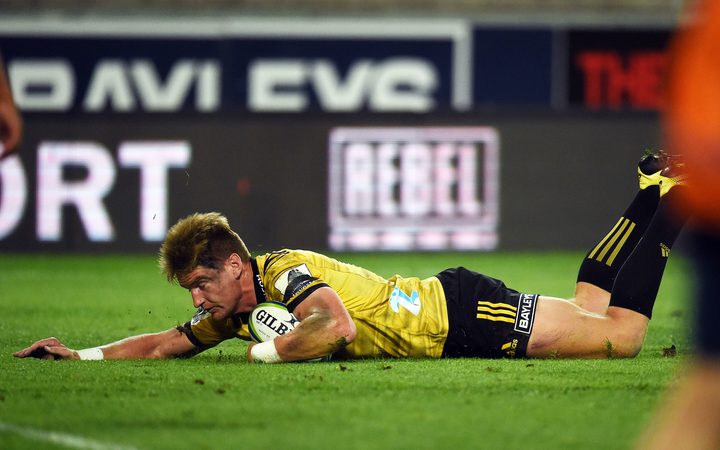 Just what to do with Jordie? Let’s just say Jordie Barrett will be leaving Dunedin today with better memories than the last time he was there with the Hurricanes.

For starters, his team were soundly beaten 30-14 in June of the 2018 season. He did manage to get on the scoresheet with a nice try, but the visit will be remembered for him getting to MacDonalds at 5am the next day and ending up wandering into the flat of people he didn’t know to eat it. While that wasn’t his finest hour, even if the local police didn’t find enough evidence to arrest him, it was part of an often up and down year for the third of the Barrett brothers to pull on an All Black jersey.

It went from the highs of him and his brother Beauden using a decent part of the Hurricanes’ season as an excuse to simply show off, to having a crucial moment of madness in the All Blacks’ shock loss to the Springboks in Wellington. He managed to finish the year on a high, scoring four tries in the last test of the All Blacks tour in Rome – a feat achieved by Beauden earlier in the season against the Wallabies.

So far his test career hasn’t gone quite the same way as his brothers, at least not yet anyway. Scott has established himself as a part of the second row combination, and looks a certainty to take over from Sam Whitelock or Brodie Retallick when either of them decides they’ve had enough of the All Blacks. At age 25, he may well end up playing the most tests out of all of them.

Beauden is, well, Beauden. But while we all know him as the two-time World Rugby Player of the Year, it is worth remembering that for a while there it looked like he’d be the greatest bench player of all time – Beauden was a substitute for 20 of his first 23 tests. If Jordie is going to break through and get a starting spot, it may take a dramatic turn of events like Beauden’s career did when he leapfrogged Aaron Cruden to the top job in 2016.

2019, so far at least, has been pretty steady for Jordie in comparison if you compile all his on-field performances. The only thing is that he’s been producing them with a different number on his back almost every week. So is that a good thing or a bad thing with the all-important test season looming?

So far Jordie’s played wing, fullback, second five and centre this year. While the season so far has been disruptive for all the All Blacks, he’s the only one to have been shunted around as a result of both the rest periods and injuries that have affected the Hurricanes. It has meant that, due to him having to replace the resting Ngani Laumape, he’s actually got to play in the 12 jersey, which is the position he started his first class career in and put him right alongside Beauden in the backline. It’s an interesting situation. On the one hand, it might be seen that Jordie isn’t having any chances to establish himself in a starting role. On the other, it might be that he’s fashioning himself into a perfect bench player, and can fulfill the role that Beauden played in the early stages of his career. There’s also one more string to his bow that could well see him on the plane to Japan at the end of the year after all – his long-range goal kicking.

Right now, Jordie is the only player specifically called on to attempt shots from near halfway for any team. While it’s not that important in a Super Rugby competition where teams will routinely bang it into the corners to go for tries, those sort of chances aren’t going to be passed up as readily in a World Cup.

That in itself would be pretty ironic, a player with the attacking skill set and ability Jordie possesses included on the basis of being able to knock over penalties. If it makes a difference in Japan, though, no one will mind.

@ The online publishers  you can sell your resources and eBooks