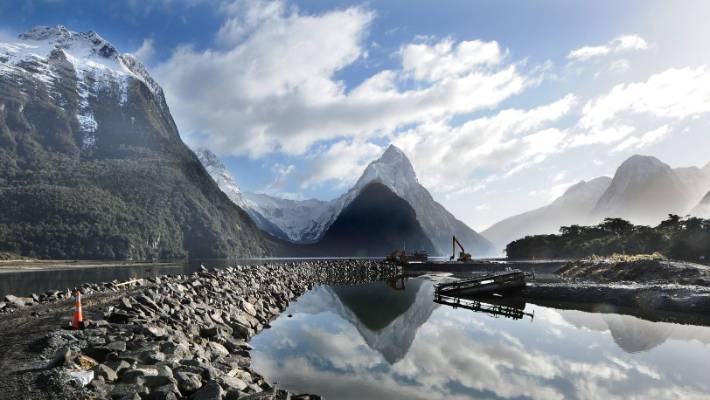 An earthquake felt across the lower South Island over the weekend has reignited calls to prepare for the Big One.

Civil Defence and scientists say the likelihood of a major quake along the Alpine Fault in the next 50 years is now at 30 percent.

Westland is home to many small communities with only one or two routes in and out, making them vulnerable to natural disasters.

Home to about 330 people, Hari Hari, about an hour and a half’s drive south of Greymouth, is among them.

“Geographically we are very isolated, and we’re between lots of rivers on either side of the school,” he told Checkpoint.

“In the event of a big earthquake we’ve been advised we will be isolated for up to three weeks – we’ve got 95 students and around 20 staff who we will have to look after during that time.”

This issue was brought into focus on Sunday when a 5.5 magnitude earthquake struck a bit further south in the wee hours of the morning.

Mr Glancy said preparations and equipment needed to house the school’s students and staff were being sourced.

“Sleeping bags for around 100 people, and food to survive for a few weeks, and power sources,” he said.

“We are isolated and we are not fantastically prepared for those scenarios at this stage.”

Oliver Varley is the area’s emergency management officer – he’s part of a six-person team responsible for getting areas like Hari Hari ready for the Big One, and to figure out what to do after it happens.

“We are looking at a 30 percent chance over the next 50 years, which is quite high,” he told Checkpoint.

But given the sheer size of the Westland District – one of the biggest in New Zealand – it means it’s up to small towns like Hari Hari, Franz Josef, Fox Glacier, Ross, and Haast to set up their own plans as well.

“Each community across the Westland District and the wider region have got their own local civil defence groups of volunteers … they are our eyes and ears.”

AF8 is an organisation tasked with getting New Zealand ready for a big earthquake – they are planning for a magnitude 8 earthquake.

Part of that involves an education roadshow – the organisation is in the middle of a tour of towns, including Hari Hari – particularly at risk of such an earthquake.

Science lead Dr Caroline Orchiston explained what an 8 magnitude earthquake would look like.

“The Kaikōura earthquake of 2016 was a magnitude 7.8, and the amount of energy released by that earthquake is half as much as will be released by an Alpine Fault event,” she told Checkpoint.

“When you have a large earthquake you have a lot of ground motion … that will induce a lot of landslides in the high alps … the landslides will cross rivers or roads and lead to ongoing disruptions and impacts.”

“The first thing you need to decide when you build your blog is what you want to accomplish with it, and what it can do if successful.” – Ron Dawson – Subscribe with THE ONLINE PUBLISHERS to offer your services as a blogger.

Looking for New Ebooks To Read With TOP.

5 Reasons To Get Online Reviews Done With TOP.

2 Ways To Get More Results With Your Ads.

Norway to allow dual citizenship from 2020.