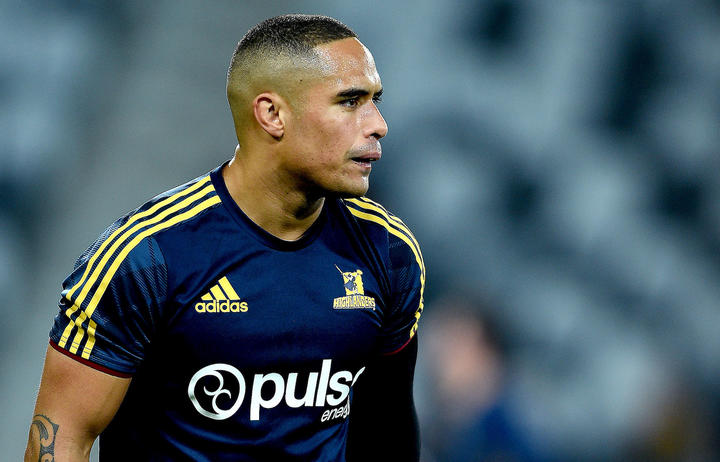 The Highlanders dumped a second-string Waratahs side from the playoffs race while keeping their own postseason hopes alive with a record 49-12 win tonight.

Needing to score three or more tries than the Waratahs to secure a vital bonus point in the final round clash, the Highlanders stormed to a 42-7 lead at half-time and eased off after the break to conserve themselves for a potential quarter-final next week.

The result was the home side’s biggest winning margin against the Waratahs, who left five of their Wallabies players back in Sydney as part of a World Cup resting policy.

The Highlanders now face a nervous wait to see whether they have done enough, needing other results to go their way this weekend.

They will hope the Chiefs can claim a regulation win without a bonus point away to the Rebels later on Friday and for the Lions to emerge with no points when they travel to the Bulls on Saturday.

A number of other scenarios could see the Highlanders scrape in despite a largely disappointing campaign of just six wins.

“We knew we needed to score tries and to get a good win to give ourselves any sort of chance,” captain Luke Whitelock said.

“We’ve done our part. The guys were really focused on that and at times we played some really good footy.

“There’s obviously a lot of different scenarios going on so yeah, it will be one of those tough weekends… Hopefully we can get one more week.”

Josh McKay, Tevita Li, Thomas Franklin, Waisake Naholo and Teihorangi Walden each grabbed a try in the opening half, with the forwards setting up a penalty try in the 35th minute after destroying the Waratahs forwards at scrum-time.

Rob Thompson iced the win with a seventh try in the final minute as the Highlanders farewelled departing All Black fullback Ben Smith, who watched injured from the sidelines, in style.

Alex Newsome crossed for the Waratahs in the 28th minute and flyhalf Mack Mason had a late consolation try as the Sydney side bowed out with only six wins from a season overshadowed by the sacking of Wallabies fullback Israel Folau.

For All Blacks coach Steve Hansen, the performance of injury-prone Liam Squire may have been the most encouraging as the blindside flanker carried with strength and shredded the Waratahs defence in a rampaging first half.

“Journalism is an act of faith in the future.” – Ann Curry – Visit THE ONLINE PUBLISHERS to offer your services as a journalist.

Get Started With Earning For Posting On Social Media. To more click >>> Theinternationalcampaigner

Sell Photos In One Photos Gallery Through TOP.

Easier For Writers To Earn With TOP Platform

Why TOP Is Your Best Shot For Online Reputation Repair.

3 Reasons To Register To Review With TOP.

Shares of Nintendo tumble after it announces a delay in a closely watched video game.

The French patients ‘cured’ with wine.