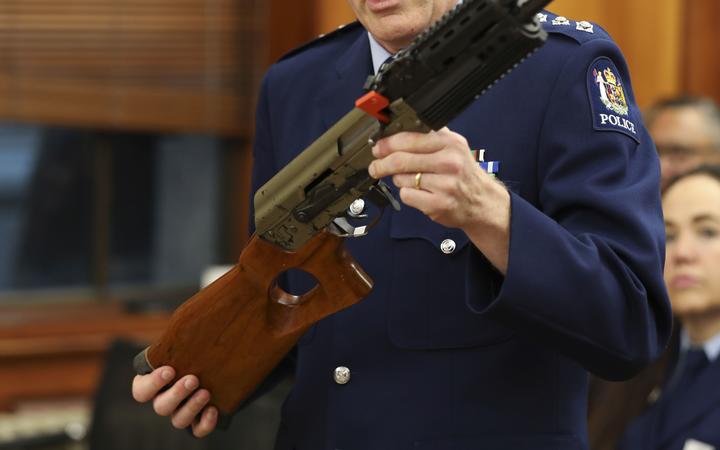 One of the gun shop owners consulted over the government’s buyback scheme says their advice was ignored, and the amounts offered are a “gross misrepresentation” of the firearms’ true value.

Details of the compensation plan were unveiled yesterday, with police issuing a list of banned firearms along with their respective “fair market value” – a measure developed by police with advice from consultancy firm KPMG.

Greg Carvell, who owns Penrose gun shop Small Arms International, was one of roughly 10 dealers who attended a five-hour workshop held by KPMG to help design the scheme.

He said the dealers had been “shortchanged” and their feedback ignored.

“We pretty much all said that the three-tier model is very hard to grade and an oversimplification,” he said.

The dealers also handed over a list of estimated gun values, which in some cases had already been depreciated.

Mr Carvell said those figures appeared to have been used as a base rate rather than a depreciated one, meaning the amounts being offered were far too little.

“It’s a gross misrepresentation,” he said.

“Firearms don’t devalue at that rate, they’re not like a television set”.

They could could have their gun modified to make it legal, with the government covering $300 of that cost. They could, in some cases, apply for a collector’s licence, allowing them to keep their firearm.

Third, they could lodge an appeal with either the Police Commissioner or District Court.

“This is not about ripping people off, this is about paying fair market value,” he said.

However, police confirmed to RNZ that people could apply for a re-valuation only if their gun had been significantly modified, or if it was “unique or rare” and did not appear on the price list.

Gun owners would first have to get their firearm assessed by an “approved valuer” and then submit that valuation to police, along with an explanation of the item’s unique nature and proof of the cost of any modifications.

They would also be charged an additional $138 application fee.

In a written statement, police said a list of approved valuers would be published online “in the coming weeks”.

Mr Carvell said the appeal process was not good enough.

National MP Chris Bishop said his party supported the scheme in principle, but he agreed the compensation was not enough.

“The feedback I’m getting is that the prices being essentially compulsorily offered by the government are out of whack with what people actually think they’re worth in the second-hand market,” he said.

The first collection event for the gun buyback scheme will be at Addington Raceway in Christchurch on 13 July.

“Journalism is an act of faith in the future.” – Ann Curry – Visit THE ONLINE PUBLISHERS to offer your services as a journalist.

Where To Start For Trying To Make Money Online As A Trender.

You Need TOP Online Reputation Building Today For These 3 Reasons.

How To Get Fast Google Reviews Online.