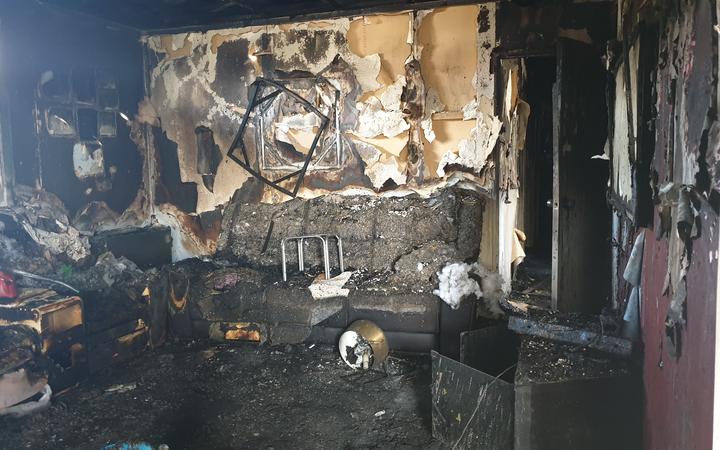 A Taranaki woman says she’s lucky to be alive after an electric blanket burst into flames on the bed she and her baby were lying in.

A Taranaki couple’s Waitara home was gutted by a blaze caused by an electric blanket.

The 24-year-old and her 1-year-old son escaped unscathed but their house has been gutted.

Brittany Nawani had been at a work function in New Plymouth last Friday with her husband, Lucky, when their youngster, Shiv, became restless and she decided to return home with him. 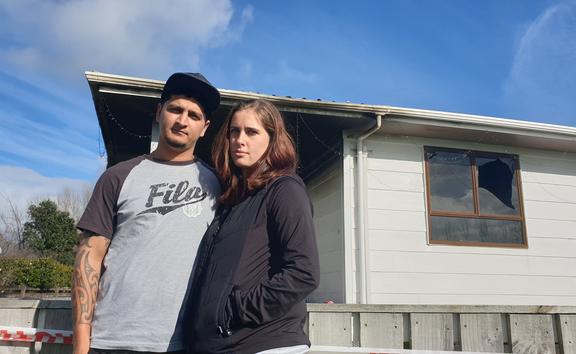 Lucky and Brittany Nawani say the community rallied around them after their home was destroyed by a fire.

When she got to their Nelson St address in Waitara, she turned on the electric blanket and prepared Shiv for bed before lying down with him while he settled.

Then she noticed something was horribly wrong.

“A few minutes after laying in the bed I’ve noticed that there was a bit of light coming from under the blanket so I lifted it up and that’s when I [saw] the fire starting.

“So I ran out of the room put my son out by the lounge and then [I went] back in and switched it off and called the fire brigade.”

Mrs Nawani said she tried in vain to put the fire out herself, using water and her kettle.

“But it was too late by then. It was already spreading through the bed and through the house. I just had to get out.” 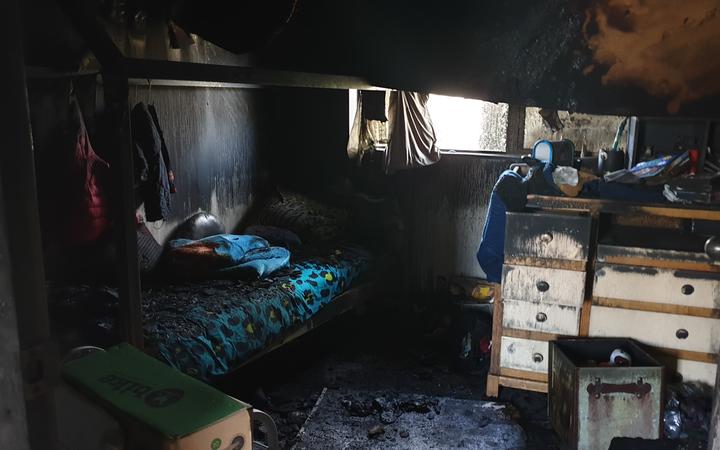 Brittany and Lucky Nawani say they’ll never use an electric blanket again after one gutted their Waitara home.

Mrs Nawani said it was a frightening experience.

“I came out of the house and I was screaming for the neighbours and I called my husband at the same time. Yeah, it was quite full on.

“I actually had to go into the neighbour’s place so I didn’t see the house burning down pretty much. It was just too late.”

She was also concerned for Shiv.

“He was screaming. I had to get him out of there. I didn’t want him to see anymore than he had already seen and I knew the way it was spreading, you know, if I had stayed in there any longer it could’ve been one of our lives that was lost.” 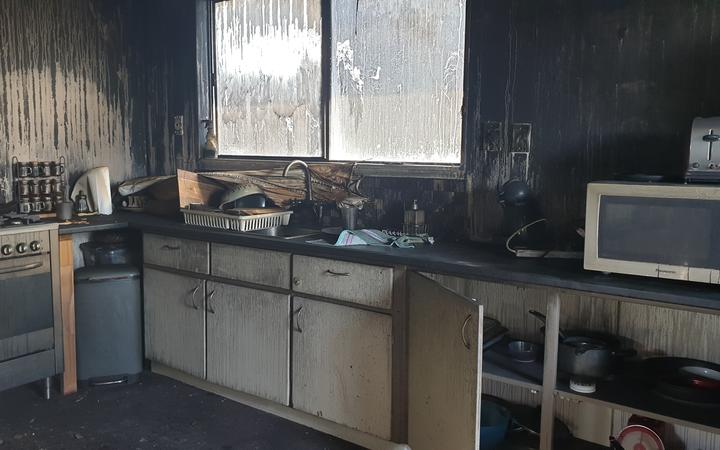 Brittany Nawani says she tried to get a handle on the fire at her Waitara home by using water from her kitchen and kettle but it was already too late.

Lucky Nawani said he received a distressed call from his wife about 8.30pm.

“Brittany rang me up and she was in tears saying that our house is on fire and I was like ‘what do you mean?’ and she was like ‘it’s on fire’.

“And I’m like ‘where are you at the moment?’ and she said ‘I’m outside’ so I told her to get away as far as you can from the property and let the fire brigade arrive [and do its job].”

He said he was not keen on using an electric blanket again, and neither was Brittany.

“Hell no. I don’t know you’ve got the idea there that they are not safe and stuff, but you do your best to store them away safely and use them as advised.

“But you never think that it could, you know, destroy your whole home and potentially lives.” 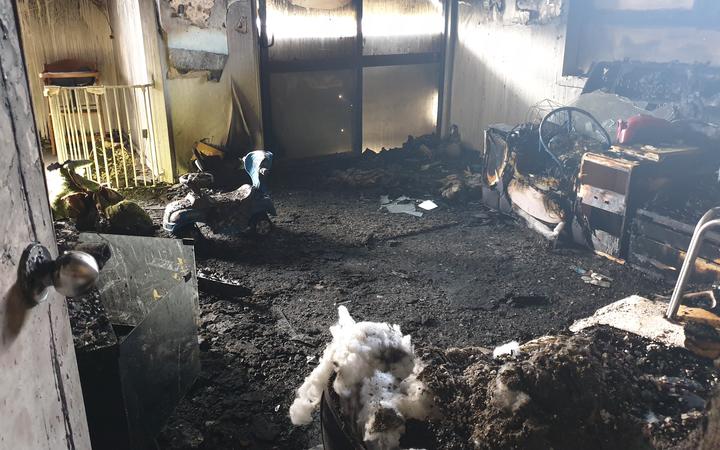 Brittany Nawani says she was concerned about her son and was lucky they both managed to escape unscathed.

Fire and Emergency’s New Plymouth station specialist fire investigator Andrew Cotter was on one of three fire appliances that attended the Waitara blaze.

Mr Cotter confirmed an electric blanket had caused the fire, and said it was a timely reminder to use them safely.

“There’s a whole range of tips you can follow such as inspecting them to make sure there is no damaged wiring and no damaged controllers like cracks in the controller casing or exposed wires or kinked elements in the blanket itself. 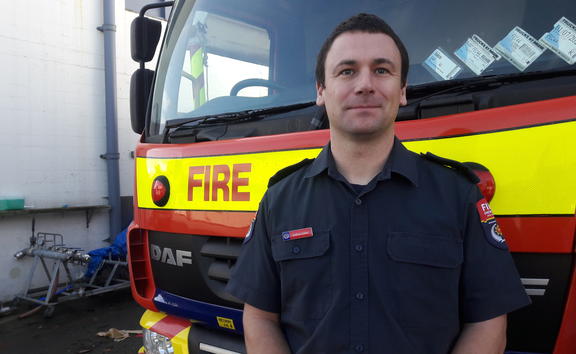 “So it’s about looking after them and using them properly. We also recommend people do not lie in bed while they are on because that can cause hotspots.”

Mr Cotter reiterated the importance of smoke alarms, that families have an escape plan and that people should never hesitate to call 111 in case of a fire.

Meanwhile, Lucky and Brittany – who are fully insured – say beyond escaping unscathed if there was one silver lining to the disaster it was the way the community has rallied around them.

“The people around here and the community have been amazing. They’ve been doing some donations and bringing us food and stuff like that. Red Cross from Waitara brought all three of us $50 each of dinnerware … and friends from Brittany’s day-care centre put us up in their own home so it has been amazing.”

The Nawanis said they were yet to decide whether they would move back into the home once it was repaired.

“As a freelancer your biggest advantage is that you only need a handful of clients to succeed. Most companies need to find thousands of customers. You only need to find one at a time.” – Robert Williams – Start freelancing by subscribing to THE ONLINE PUBLISHERS to get worldwide exposure in the digital marketing and publishing industry

Tips to help you choose the best digital marketing agency to boost your tourism sector.

The Role Of Social Media In Online Lobbying.

Buying Unique Photos Online From A Photos Gallery Through TOP.

Where You Can Find Ebooks To Read And Buy.

3 Reasons to Opt with TOP for Online Reputation Management Solutions.

4 Reasons TOP is The Best Option For Online Reputation Repair.