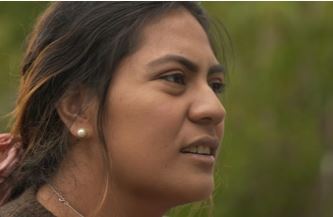 Student speaks out over racial abuse since moving from Tonga

A Tongan student has described the racial abuse she has faced since moving to New Zealand.

Maryanne Tupou, who is a law student at the University of Canterbury is one of four tertiary students and staff that spoke to RNZ News about racism they have experienced in New Zealand.

Ms Tupou, who moved to Christchurch in 2014, says she has been called the n-word on the streets of Christchurch and other derogatory remarks about her race.

She said she also experienced racism for being a Polynesian at a private all girls school.

Ms Tupou said during her time at the private school, people often questioned her belonging at the school because of her darker skin.

“This couple was walking in [to the school] … and I could hear the woman say ‘I didn’t know black people could go here’,” she said.

Outside of her school life, the racism continued.

“One night, we were just in some club and on the dance floor … and there was this guy standing there and he just looked at me and was like ‘n*gger b*tch!'”

Ms Tupou said she has also been yelled at by cars driving past her on the streets of Christchurch.

“They just drove past, put their head out the window and they’re like ‘get back to your f*cking boat!’

“I mean I came here on a plane, but okay,” Ms Tupou said.

But the racism doesn’t stop there.

“And I’ve had so many people that go, ‘oh you’re pretty hot for a black girl’ or ‘oh I’ve never f*cked a black girl before’, and I’m just like okay, cool very dehumanising but cool,” Ms Tupou said.

Ms Tupou believes New Zealand needs more education on other cultures and faiths for it to become more tolerant.

The Online Publishers (TOP) is an International Campaigner and Online Lobbyist operating in over 120 countries and 65 languages.

How to come up with a successful ad?!.

3 Reasons To Start Getting Online Reviews With TOP Today.

3 Steps To Making More Money Online With Translating Through TOP.