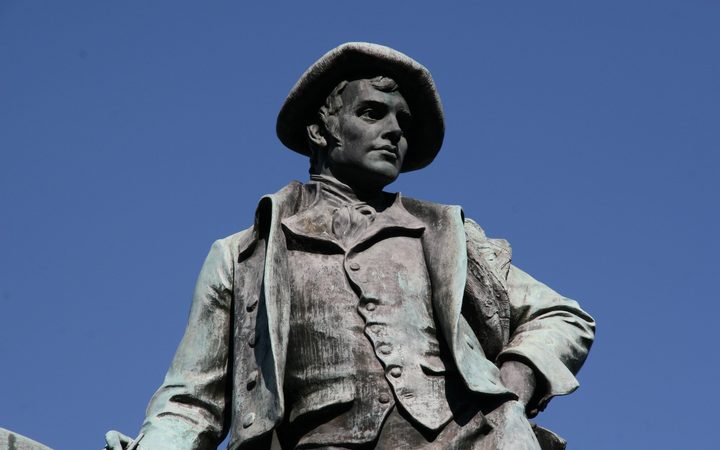 Captain Cook replica banned from docking in Mangonui during commemoration

The far North iwi Ngāti Kahu has banned a replica of Captain Cook’s ship the Endeavour from docking in Mangonui as part of a national commemoration marking 250 years since Cook’s arrival in Aotearoa.

A replica of Captain Cook’s ship the Endeavour is part of a flotilla of Pacific and European vessels scheduled to undertake a voyage around New Zealand. Photo: 123rf

Tuia 250 will see a flotilla of Pacific and European vessels, including the replica of the Endeavour, undertake a voyage around New Zealand, starting in Gisborne, in October.

Ngāti Kahu chief executive, Anahera Herbert-Graves, said the Ministry of Culture and Heritage did not consult with the iwi before including the Mangonui area in the list of destinations for the voyage.

“They never approached Ngāti Kahu, they were approached by a local tauiwi organisation and were invited to come into our rohe. I don’t think it occurred to them to contact Ngāti Kahu.

“About four or five months ago we saw the programme come out. They were going to land in Mangonui, inside Tokerau, and we put it back to the mana whenua hapū. The three hapū were very strong in their opposition, they said no-way jose. I was instructed to let the Ministry know, which I did.”

The Ministry of Culture and Heritage has since removed Mangonui from the programme.

The deputy chief executive for the Ministry of Culture and Heritage, Tamsin Evans, said Mangonui was earmarked as a destination for the voyage because it was the home of the Waka Hourua expert, Sir Hector Busby.

She said the ministry thought it had sufficient iwi support, following talks with a single iwi representitive.

“I think the ministry engaged with a small community organisation, called the Doubtless Bay Promotions Trust, on which there was somebody in an iwi liason role.

“It was felt sufficient that through the promotions trust we had a wider engagement with the community, which included someone we believed was liaising with iwi.”

She said while there had been some opposition to the voyage, most communities wanted to take part in the event.

“We always knew that Tuia would cause some mixed responses. We fully appreciate the mamae and the hurt that exists very strongly still in some communities. Our job is to open the books , let’s look at all the history, and let’s start to talk about this.

“What I hope people will see through the voyage is a visual spectacle and an experience that captures our dual heritage but makes us think about our shared future.”

“Cook never came into our rohe, he sailed by, and apparently cast his eye to the port and said, ‘oh, that’s Doubtless Bay.’ It’s a fiction for him to ‘re-visit’ us because he never came.

“He was a barbarian. Wherever he went, like most people of the time of imperial expansion, there were murders, there were abductions, there were rapes, and just a lot of bad outcomes for the indigenous people.

“He didn’t discover anything down here, and we object to Tuia 250 using euphemisms like ‘encounters’ and ‘meetings’ to disguise what were actually invasions.”

The Tuia 250 website describes the commemorations as an opportunity to hold honest conversations about the past and the present and navigate a shared future.

The ministry has been working closely with Gisborne iwi Rongowhakaata to ensure the stories of Captain Cook’s first encounter with Māori in Tūranganui ā Kiwa are told from a tangata whenua lens.

The Rongowhakaata trust general manager, Amohaere Houkamau, told RNZ last year the commemoration would give the iwi a platform to tell their story, and seek an apology for the atrocities brought upon their people when Captain Cook arrived on their shores.

5 Great Services You Can Find With TOP Platform.

4 Reasons To Go With TOP When You Need Online Reputation Building Solutions.

5 Reasons You Should Consider Doing Translation Work For TOP.