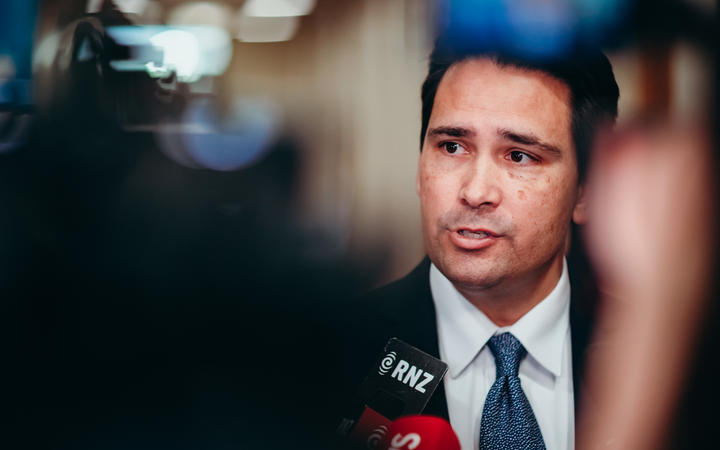 The Speaker has called time on National’s political attack ads and has ordered they be pulled by end of play tomorrow.

Trevor Mallard made the ruling in the House today after receiving a letter from the Labour Party whip complaining about parliamentary footage being used without the permission of MPs, and publishing a false and misleading account of proceedings.

National was now considering its options, and a legal challenge could not be ruled out.

The most recent example of the its satire ads was Labour MP Deborah Russell being mocked for her spiel on ancient philosophers and their tenuous connection to the Government’s well-being budget.

Senior National MP Gerry Brownlee said the Speaker and the leader of the House Chris Hipkins were claiming to be the arbiters of what constitutes political advertising.

And party leader Simon Bridges was unrepentant, putting out a media release calling the decision a «chilling move designed to stop freedom of expression».

And he’s thumbed his nose at the Speaker, including a link to the Deborah Russell video that caused the controversy in the first place. 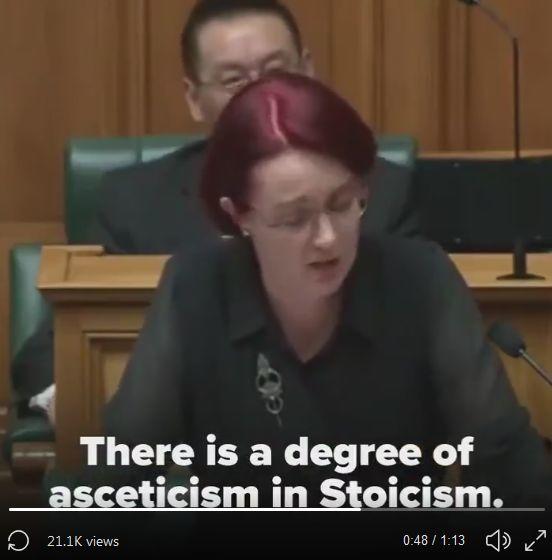 A screenshot from one of National’s videos, highlighting MP Deborah Russell. Photo: Screenshot

The Speaker was demanding Ms Russell’s ad and all of the ones before it be pulled down by 5pm tomorrow.

«I encourage all parties to consider the videos that they may have posted online. Those using official Parliamentary TV footage that has been edited and featuring other members, without their permission, should be removed by 5pm on Friday, 27 September.»

Shadow Leader of the House Gerry Brownlee was less than impressed and told Mr Mallard it appeared MPs were more constrained in commenting on political statements than any media organisation.

«That seems to be an incredible censorship of what should take place inside a transparent democracy.»

Leader of the House Chris Hipkins said the rules would be no different for the media.

«If the media took video footage from the House and edited and used it in a way that was misleading, that gave a misleading impression of what somebody had said, then they too would be in contempt of the House.»

New Zealand First leader Winston Peters said four decades ago nobody would have dreamed of Parliament footage being used in this way.

If it was presented as a true representation of what happened in the House the Speaker wouldn’t have a problem, he said.

«But when someone’s ‘clipping the ticket’… and doctoring the evidence that should be stopped.»

Both Mr Peters and Mr Hipkins have called out the National Party for being hypocritical by demanding footage not be used in this way when they were in Government and now arguing the opposite from Opposition.

Green Party co-leader James Shaw said Parliament should be as public as possible but that meant showing a full video, not just a slice of something.

That was the point the Speaker was trying to make, he said.

«He’s actually not passing judgement on what a political ad is, what he’s doing is enforcing the Standing Orders Committee itself came up with, including those that were insisted on by the National Party.

Former House Speaker Kerry Burke told Checkpoint: «As the Speaker who introduced TV coverage of any and all debates in the late 1980s, I never envisaged editing for partisan purposes and would have ruled exactly as Speaker Mallard has today.»

Online lobbying is a new realm offered exclusively by The Online Publishers ‘TOP‘.

Things to remember when creating content for online lobbying.

3 Great Benefits For Writers In Content Creation To Join With TOP.