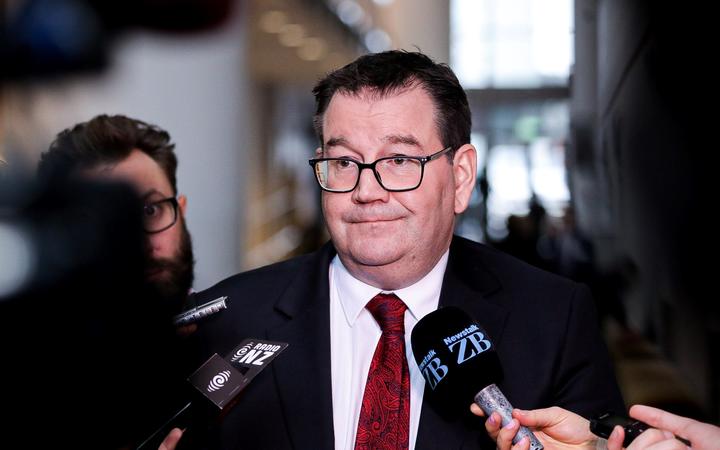 State sector pay rates ‘have got completely out of control’

The government is being urged to do more to crack down on pay for top officials and executives in the state sector.

But one researcher on economic inequality wants limits brought in on what he calls the astronomically high executive pay levels in the public service.

Inequality and governance researcher Max Rashbrooke said there’s increasing frustration at pay rates in the public sector – and the government recognises this.

At a time when there’s record demand for food parcels and a growing wait for state housing he says struggling workers are dismayed to see public sector executives earning four, five, or six hundred thousand dollars a year.

“Our pay rates at the top of the public sector have got completely out of control, I think, and are far beyond what is justified,” Mr Rashbrooke said.

Mr Robertson’s message of restraint to the board chairs of energy companies Genesis, Meridian and Mercury, and Air New Zealand, won’t translate to huge savings.

For example over the past two years Air New Zealand’s board received pay rises of an average of around $1500 each… so the total saving would be about $12,000.

The company has hundreds of staff earning more than the $270,000 paid to the chair of the board.

“This move by itself won’t drastically change things, but it is absolutely a signal that the culture is changing,” Mr Rashbrooke said.

“I think the government perceives the culture as already having changed, and I think it is trying to at the very least restrain high pay across the whole of the public sector, and in the long run probably even seek to bring it down a bit, which I think is a sensible move.”

Mr Rashbrooke said the government could encourage the dozens of core crown public sector agencies to look closely at limiting pay increases, and funnel the money to those being paid less.

“There has to be some kind of happy medium between unrealistically low pay rates, and the excessively high pay rates that we have in the public sector at the moment.”

He said saving money would not be the only benefit.

“I actually think that trying to reduce the pay imbalance within corporations leads to better performance.

“It’s widely accepted that probably the biggest driver of whether an organisation is successful or not is the motivation of its staff. There’s pretty good international evidence that staff find unjustified pay imbalances between themselves and management to be demotivating,” Mr Rashbrooke said.

Mr Roberston said this is about fiscal responsibility. MPs started with themselves, voting to freeze their own pay in 2018.

He said this was only about directors’ pay, and was not a signal for a wider belt-tightening exercise. He said, as majority shareholder, the government have a say over board fees, but any staff salaries was a matter for the companies.

“These are companies that are, generally speaking, doing very well. This is simply about the fact that at a director fee level we feel those fees are about right, and we were making a clear signal that we didn’t see any need for them to be increased. Everybody needs to show fiscal restraint.”

Mr Rashbrooke said it might be time to look at a chief executive pay ratio in the state sector – that no one in a public agency is paid more than eight or 10 times the lowest paid employee.

4 Ways TOP Can Help You With Your Online Lobbying Goals.

The Best Way To Monetize Your Website And Start Making Money.