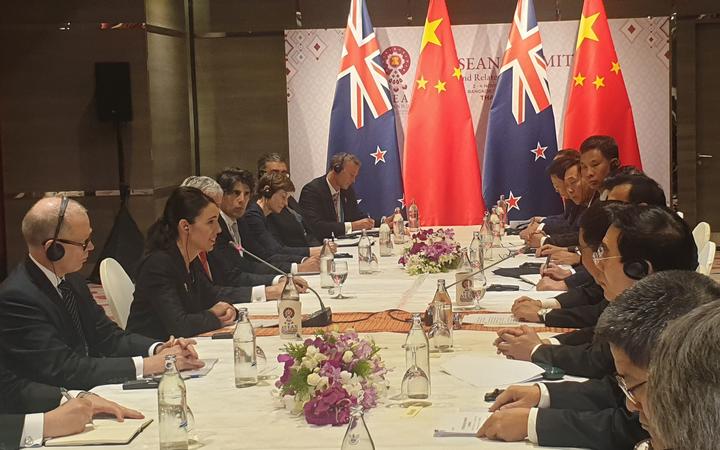 After years of negotiations, New Zealand and China have struck a deal on the long-awaited upgrade to their free trade deal.

NZ and China at a bi-lateral at the East Asia Summit. Photo: RNZ / Jane Patterson

It includes new rules to make exporting to China cheaper and easier, the highest level of commitment to environmental standards China has made in any free trade deal, and giving the vast majority of wood and paper trade to China preferential access over the next 10 years.

That will include some processed wood products, for which the forestry sector had been seeking tariff cuts.

In return, New Zealand will adjust visa rules for some jobs here, including tour guides and Mandarin language teachers, but the overall number of visas allocated will not change.

“This ensures our upgraded free trade agreement will remain the best that China has with any country,” she told reporters. 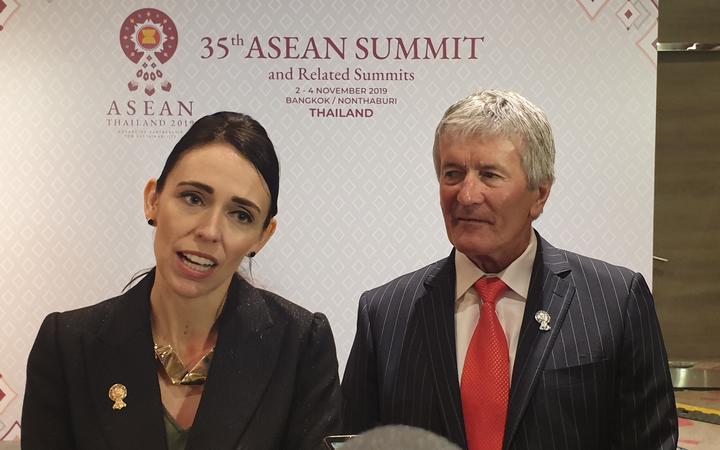 The original deal was signed in Beijing in 2008; so far that has trebled two-way trade between New Zealand and China from about $8 billion a year, to more than $28 billion.

Upgrade talks were given some momentum after Ms Ardern’s trip to Beijing in April, with leaders pledging upgrade talks should proceed “as soon as possible”.

Protections in the original agreement relating to overseas investment rules and the Treaty of Waitangi remain unchanged, she said.

The upgrade deal reflected the importance “both countries place on our relationship and builds on the significant mutual benefits both countries have enjoyed as a result of our excellent existing FTA”, said Ms Ardern.

The next steps would be legal verification of the draft text, with the signing and release of the text expected in early 2020.

New chapters have been added to the deal under the upgrade on “Electronic Commerce, Environment and Trade, Competition Policy and Government Procurement”, which the government said reflected “advances in trade rules and business practices over the past decade”.

There have been no changes for dairy, with the government believing the sector had as a good deal as possible under the original deal – under that dairy tariffs will be completely removed for most products by 2022, and milk powder by 2025.

Details of the new deal include:

Getting Paid For Starting As An Online Reviewer.

Why TOP Platform Is A One Stop Shop For Making Money Online.

TOP Helps You Earn Money As A Social Media Influencer From Home.

5 Reasons To Go With TOP for All Online Reputation Repair.

4 Benefits To Partnering With TOP Platform For Translation Services Work.

3 Simple Benefits for Advertisers to Registering with TOP.