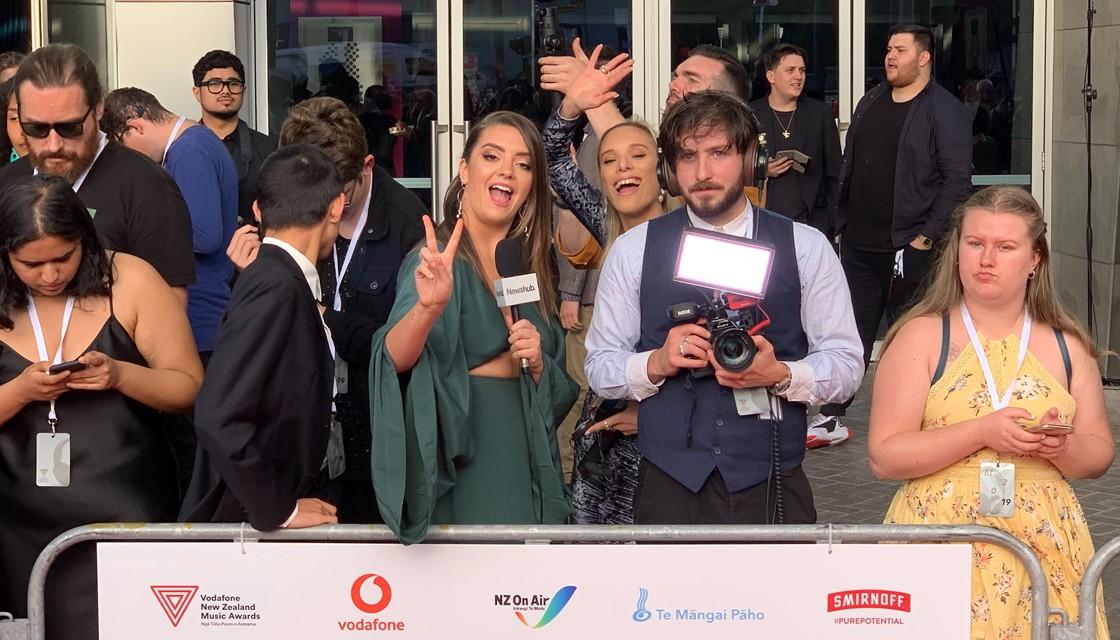 The group also won Best Hip Hop Artist for their debut self-titled album Avantdale Bowling Club, which went to #1 in the charts, and is a fusion of jazz and hip hop conceptualised by Scott and a group of talented players who brought each song to life.

Scott performed his track ‘Home’ at the ceremony, accompanied by a choir of students from Avondale Intermediate School, which he attended as a child.

The Auckland teen was awarded Best Solo Artist, Single of the Year – for her platinum debut single ‘Soaked’ – Best Pop Artist, and Breakthrough Artist of the Year.

Indie pop four-piece The Beths won Best Group and Best Alternative Artist following the success of their 2018 debut Future Me Hates Me. The Auckland band has been taking the world by storm, with sell-out shows across New Zealand, Europe and the UK.

For the second year in a row, veterans Six60 picked up Highest Selling Artist, Radio Airplay Record of the Year, and People’s Choice.

Northland psych/reggae/blues musician Troy Kingi took out Best Māori Artist for the second year running, alongside his band the Upper Class. They also won Best Roots Artist for their album Holy Colony Burning Acres, which is the third installment in Kingi’s ambitious plan to release 10 albums in 10 years, in 10 different genres.

Kiwi rock legends Th’ Dudes, whose original members include Dave Dobbyn, Peter Urlich and the late Ian Morris, received the Legacy Award and were inducted into the NZ Music Hall of Fame.

The group reformed to play their own tribute performance, a medley of their classic Kiwi songs including ‘Bliss’, ‘Be Mine Tonight’ and ‘Walking in Light’.

They were joined by Ian’s brother Rikki Morris, as well as Ian’s daughters Julia and Maude of LEXXA.

Big winners at last year awards, Wellington’s Drax Project received the International Achievement award, for the success of their single ‘Woke Up Late’, which went double platinum in Australia and has been streamed more than 70 million times on Spotify.

The 2019 Vodafone New Zealand Music Awards were hosted by Laura Daniel and Jon Toogood, with performances from Avantdale Bowling Club, The Beths, BENEE, Mitch James, Troy Kingi and Villainy, as well as a moving performance from Teeks & Hollie Smith and rocking finale from Th’ Dudes.

A Global Market For Your Photos. To know more >> Theinternationalcampaigner.com

How TOP Helps When You Need To Know How To Repair A Bad Reputation.