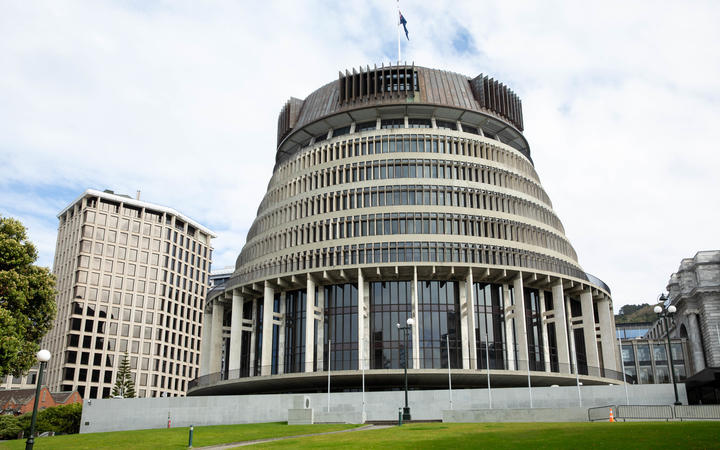 The Week in Politics: A chaotic week of astonishing stories

Analysis – A National Party MP destroys his own career and puts his leader in a ghastly position, the government has to explain how a man infected with a deadly virus was able to walk around a supermarket and Rio Rinto delivers a blow to Southland’s economy.

Gobsmacked. That was how Privacy Commissioner John Edwards described his reaction to the news that National MP Hamish Walker leaked the highly confidential list of Covid-19 patients to the media. “It beggars belief… it’s hard to overstate the seriousness of this,” said Edwards, and that probably reflected public opinion.

Walker’s confession on Tuesday was followed within minutes by another stunning revelation – it was former National Party president Michelle Boag who gave him the information.

Over the next 24 hours Walker gave up his political career before it was taken away from him, announcing he wouldn’t stand for re-election in his safe Clutha-Southland seat, and Boag resigned as acting chief executive of Auckland Rescue Helicopter Trust, in which capacity she received the information.

National MP and health spokesperson Michael Woodhouse has confirmed he was also the recipient of patient details from Boag. In a statement, he said had received four unsolicited emails from Boag between 21 and 25 June.

It was Todd Muller’s worst day in the job since he became party leader less than two months previously. He had to endure a series of ferocious media interviews, the first on RNZ’s Morning Report. Unfortunately for him, he had previously described the leak as another indication of the government’s incompetence.

Muller kept his cool and his courage under fire, saying he had been “hugely angry” when Walker told him what he had done. Muller must have been incandescent, it doesn’t get much worse than an MP and a former party president being guilty of something an opposition leader has blamed on the government.

A candidate will soon be found for a seat that’s a job for life for an MP, if they don’t get into trouble, and the scandal won’t seriously affect National’s election campaign. It will, however, feed into public perception as a very negative event.

Muller did have one thing on his side this week. During an astonishing few days in politics, media fascination quickly veered away from one amazing story to the next – a man infected with Covid-19 had broken out of a managed isolation facility and walked through Auckland’s CBD to a supermarket.

Health Minister Chris Hipkins called a press conference to explain what had happened, and went through his own version of Muller’s media mashing. Hipkins told how the man went outside for a smoke break and slipped through a fence that was being repaired.

He was visibly angry, saying the man had broken the law and would suffer the consequences. He didn’t say there would be a prosecution, because ministers can’t order that, but Air Commodore Digby Webb, who has oversight of the facilities, didn’t leave any doubt about it. “He will be prosecuted,” Webb told a press conference on Thursday.

That will happen when the man finishes his 14-day isolation period. The maximum penalty is a fine of up to $4000 or six months in prison.

The result of the incident was a quick toughening up of security, particularly around smoking areas. There will now be a uniformed police officer at every facility 24/7. That has been done because the security guards don’t have the power to detain or arrest people. Smoking areas will be monitored constantly, and if they can’t be they will be closed.

Megan Woods, the minister responsible for the facilities, was closely questioned about exactly what happened at the supermarket after it was discovered the man had been there. She and Webb provided a detailed timeline and explained how surfaces were wiped down late at night after CCTV footage had shown where the man went.

The next morning Countdown decided to close the supermarket for a full clean, but it had been a muddled exercise from the beginning. The Ministry of Health, RNZ reported, was nowhere to be seen and “a gaping hole” had been exposed in the country’s Covid response plan. “It is understood the Ministry of Health didn’t give any instruction to Countdown about what to do, they made all the decisions off their own bat,” Jo Moir reported.

It was an indictment on the management that Woods and Webb were supposed to have fixed up, and they acknowledged that a new process was needed to cope with the sort of deliberate law-breaking that occurred. Woods said there had to be a way to bring all the key players together very quickly, and she was seeing to it.

To their credit, they didn’t lay blame on anyone and said all those involved in the facility’s security had done what was expected of them. No one had foreseen a breach of that kind and, like Hipkins, they pointed out the man had broken the law. It was very difficult, said Webb, to stop anyone breaking the law if they chose to do so.

The story eclipsed Hamish Walker but the week wasn’t over yet. On Thursday Rio Tinto announced it was closing its Tiwai Point aluminium smelter in Southland. About 1000 employees will lose their jobs, and many other companies relied on it for their work.

Southland Chamber of Commerce president Neil McAra told Stuff the smelter near Bluff pumped about $90 million into the economy through wages. “It’s 2000 jobs potentially and we have got a 50,000 workforce. You do the maths around how devastating that would be in terms of economic impact,” he said.

Megan Woods, who is energy minister, had to front another press conference alongside Finance Minister Grant Robertson. He made it clear there wasn’t going to be another government bailout and it didn’t appear to be another episode of Rio Rinto gamesmanship either.

Rio Tinto had been trying to sell the smelter for 10 years, Robertson said. It was in trouble, as was the global aluminium industry, partly because carbon composites were taking over and the price of the metal had plunged. Tiwai Point just wasn’t viable.

The ministers put on brave faces about opportunities that would open up for Southland after the smelter closes in the second half of next year. They talked about agriculture and aquaculture, and new uses for the vast amount of electricity that will be freed up.

The impact of the third big story of the week will have much wider consequences than Hamish Walker or the man who went to the supermarket.

If you have nothing but negative reviews then this is bad for many reasons, most notably that it can discourage people from making a purchase. Imagine if someone read something negative, even if it wasn’t true, and let them encourage their purchase. FINDING THE RIGHT POSITIVE REVIEWS FOR YOUR BUSINESS