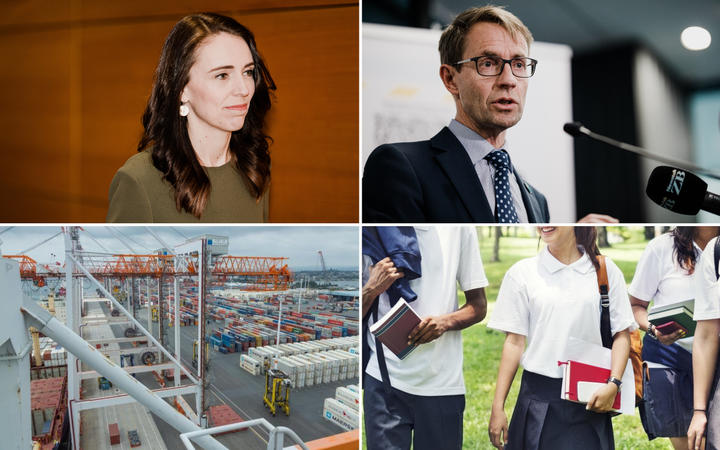 Covid-19: What happened in New Zealand on 17 August

The big news to start the week was Prime Minister Jacinda Ardern’s announcement that the election would be delayed until 17 October.

The date change – which Ardern says won’t shift again – comes after the Covid-19 outbreak in Auckland forced the suspension of political campaigning and prompted calls to postpone the general election.

Staying with the politics side of things for a moment, Cabinet today agreed on a new wage subsidy scheme for the new alert level 3 lockdown.

The criteria for the new wage subsidy are similar to the current extension: In particular, a business must have had, or is predicting to have, a revenue drop due to Covid-19 of at least 40 percent. For this new scheme, the revenue drop applies for any consecutive period of at least 14 days within 12 August and 10 September compared to last year.

Early this morning were comments from the chief censor, David Shanks, about Covid-19 misinformation. They followed Minister of Health Chris Hipkins’ stern reprimand on Sunday for a racist and misogynist rumour about a woman breaking into an isolation facility that had done the rounds.

With the start of the first full week back in alert level 3 for Auckland, the impacts of the lockdown were starting to show.

The Waitematā, Auckland, and Counties Manukau district health boards have activated their Covid-19 resurgence plans, and are postponing outpatient appointments and elective surgeries.

People are being asked to buy or make their own masks in order to help reduce spreading the virus.

Pukekohe vegetable growers are warning Covid-19 checkpoints in their area could slow the flow of produce to supermarkets and other retailers.

Some market gardens are split between Auckland-Waikato border and staff are struggling to move between level 3 and level 2 Covid-19 restriction zones to complete essential work like harvesting crops.

Steady business activity in the services sector is expected to be unlikely to last after Auckland’s recent move to alert level 3.

On the economic front – businesses around the country are calling for a much longer extension to the wage subsidy than the government is offering – some are worrying about how they’ll retain staff.

In Northland, there are concerns about the number of people who seem to have left Auckland the region. Spokesperson Hone Harawira said a traffic jam out of Auckland to Northland on the day the level 3 lockdown was announced was as bad as Christmas and Tai Tokerau Border Control was considering its own checkpoint.

Today also saw a further ramping up of testing for Covid-19 – this time at ports.

RNZ reported on testing at Port Taranaki, Port of Napier (the wider East Coast reported 1100 tests with zero positive results in recent days), Port of Tauranga, where an on-site testing station has been set-up at the port to ensure there’s sufficient capacity to test the 6000 workers there, and the Ports of Auckland, where staff say testing all 6000 workers by midnight Monday are unlikely.

Further to the issue of testing, director-general of health Ashley Bloomfield insists there has been no testing failure at the border regarding Covid-19 and nor has he misled the government on the issue.

Dr Bloomfield said regular testing was being scaled up at the border when the latest outbreak emerged, but he does not believe officials have dropped the ball.

Later on in the day, news came in that the government will give principals the option ofallowing year 12 and 13 students back to school early for face to face learning during alert level 3.

The Ministry of Education is working through the legal requirements tonight and will be able to confirm tomorrow the date students can return.

Also new was police assistant commissioner Richard Chambers saying issuing fines could be a possibility after scenes of crowded parks and public areas in Auckland over the weekend.

Finally, there were nine new Covid-19 cases in the community today and none in managed isolation.

That brings that total number of cases under investigation to four.

As of 6pm yesterday, 86 people have been moved to quarantine facilities, consisting of 36 people who have tested positive and their household contacts.

The total number of confirmed cases was now 1280, with 78 active cases. Of the active cases, 58 are related to the community cluster and the remainder were imported cases.

If you are just getting started in blogging and you’re wondering how you would make the most out of it, the first thing to cross your mind would be how to make money out of it. As a beginner, it’s hard to figure out how even if you know bloggers do make money from their blogs. HOW DO BLOGGERS MAKE MONEY ONLINE?