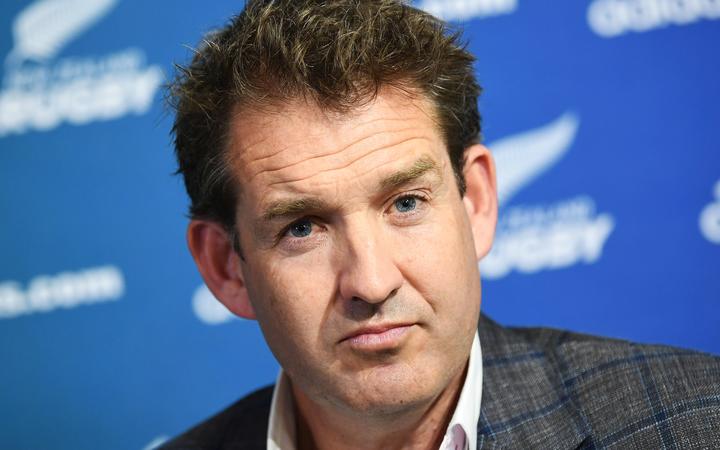 The head of New Zealand Rugby (NZR) says the country’s quarantine protocols were a significant factor in losing out to Australia in a bid to host the Rugby Championship.

Australia will host the Rugby Championship in November and December, though New Zealand will play Australia in two Bledisloe Cup tests before, in October.

Robinson said it would not apportion blame but NZR had several talks with the government on the fact that quarantine protocols were a “critical area” for SANZAAR which manages the championship.

He said that visiting rugby players would have been required to individually isolate for three days, then spend another four days in a bubble of 15 players before moving to a bubble of 25.

In contrast, rugby players were able to have unrestricted access to training in Australia “from day one”.

“This was a significant difference especially for teams travelling a long way or with teams which need to prepare quickly.”

In a call to journalists this afternoon, Robinson said while NZR respected the New Zealand government’s quarantine set-up, there was no doubt it was part of the SANZAAR decision to give the hosting rights to Australia.

“We worked incredibly hard to lessen the restrictions around the bubbles. That had a part to play in the decision.”

Sport and Recreation Minister Grant Robertson said the government offered flexible quarantine arrangements that would have seen players able to train after three days in isolation and returning a negative test.

He said it had tried to strike a balance between keeping New Zealanders and visitors safe and allowing games to be played here.

“Given the six recent cases in the Pumas, and with community outbreaks in Australia and South Africa it would be risky to go further than that and allow players to walk off a plane and go straight into training in a full team environment.”

SANZAAR singled out the issue in its statement awarding the rights to Australia.

Chief executive Andy Marinos said: “SANZAAR ultimately determined that based on government-required quarantine protocols [for entry and training prior to the tournament] and commercial underwriting, the Rugby Australia submission was the most desirable and workable in terms of tournament logistics for the essential pre-tournament preparation period and the six-week tournament itself.”

Australia will host the six-week, 12-match, “home and away” tournament involving Argentina, Australia, New Zealand and South Africa, in November and early December.

It will be played mostly in New South Wales with a round in Queensland.

He said there was a “significant economic impact” in not getting the hosting rights for the Rugby Championship.

Robinson said it felt for fans but also business owners who would have gained by the opportunities afforded by hosting the championships. They included bars, hotels, cafes, firms involved in travel and accommodation, stadiums.

He said it hoped the Bledisloe games would be played in front of full crowds if New Zealand was able to ease Covid-19 restrictions.

Robinson would not reveal yet the dates for two Bledisloe Cup fixtures between the All Blacks and Wallabies in October, ahead of the Rugby Championship.

He said one of the matches “quite possibly could be” played in NZ during election weekend.

“That’s a possibility. We have to look at all options at the moment. That’s not to say it couldn’t be played on a Friday night or Sunday around that weekend,” Robinson said.

The election is on Saturday 17 October.

Online reputation repair involves a number of steps and methods. First of all, finding out the main cause and issue that lead to negative online reviews and content, and fixing the related problem, is key to avoiding additional negative reviews and eliminating further damage to online reputation.