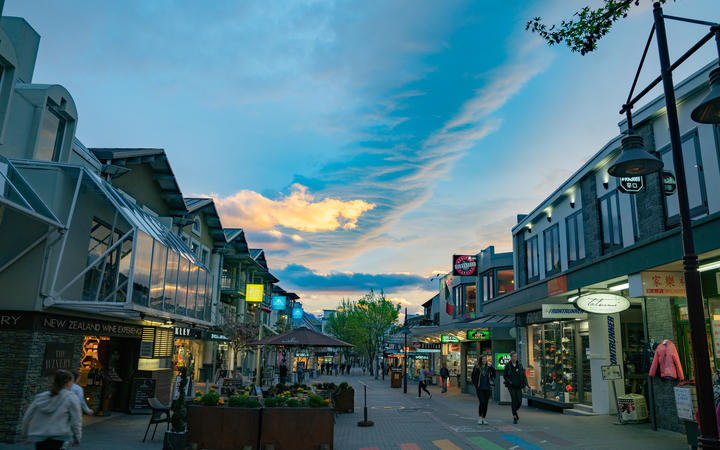 Auckland is the only big market left for Queenstown businesses, some of whom could be facing closure, the local Chamber of Commerce says.

Social distancing restrictions on public transport have been ditched effectively immediately – meaning airlines can fill their planes to capacity as can buses just in time for the school holidays.

And all but Auckland – could drop down to level 1 next Monday when Cabinet reassess the alert gradings – also in time for the end of term three.

But the prime minister says any move is dependent on coronavirus cases tracking as they are and also being contained.

A drop in alert levels means the cap of 100 people at gatherings is lifted.

Acting general manager and chair of the Queenstown Chamber of Commerce, Craig Douglas, told Checkpoint the axing of social distancing on planes was a big win for Queenstown businesses.

This was offset by Auckland remaining at 2.5, he said. It was affecting people’s confidence to move freely around the country and Queenstown’s businesses are mostly reliant on visitors.

“Our only big market now that we can draw from is Auckland. If Auckland people aren’t travelling, the rest of New Zealand provides some good business to be had but nothing like the scale that’s required for our businesses to continue to be viable.”

It would be a better outcome if the whole country moved to alert level 1, he said. Conferences and other big events couldn’t go ahead under the current restrictions.

Many Queenstown businesses would not be able to sustain another lockdown and even the current limits were very difficult.

“Some of those businesses will be going backwards – they get to a point where there is nothing left in reserve for them to continue to operate so they will be closing.”

“In the absence of an alternative, I don’t think we have any choice but to support them. We prefer not to have them but how else are we going to deal with it – I don’t know. Are there alternatives? I don’t know if there are.”

While Jacinda Ardern had said modelling showed there was a 25 percent chance of cases moving out of Auckland, it was a number people might “have to live with”, Douglas said.

It was impossible to measure the right number that would be an acceptable risk, he said, and it was something government and businesses were grappling with.

“The difficulty that we all face at the moment is understanding what happens in light of a vaccine being a long way off or maybe not ever being discovered. That’s the uncertain piece I’d like to see some answers for.”

There might need to be some exploration of having some cases in the community but still allowing people to travel, he said.

He said he was unaware if this work was happening and would prefer that if it was, then the information should be shared with businesses.

Reporters and journalists develop a lot of their stories based on what is available online in terms of content, blogs and the information, events and resources that are easily accessible in social media profiles and pages.