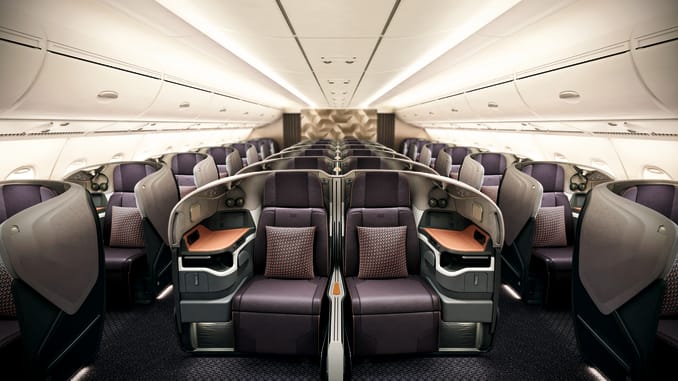 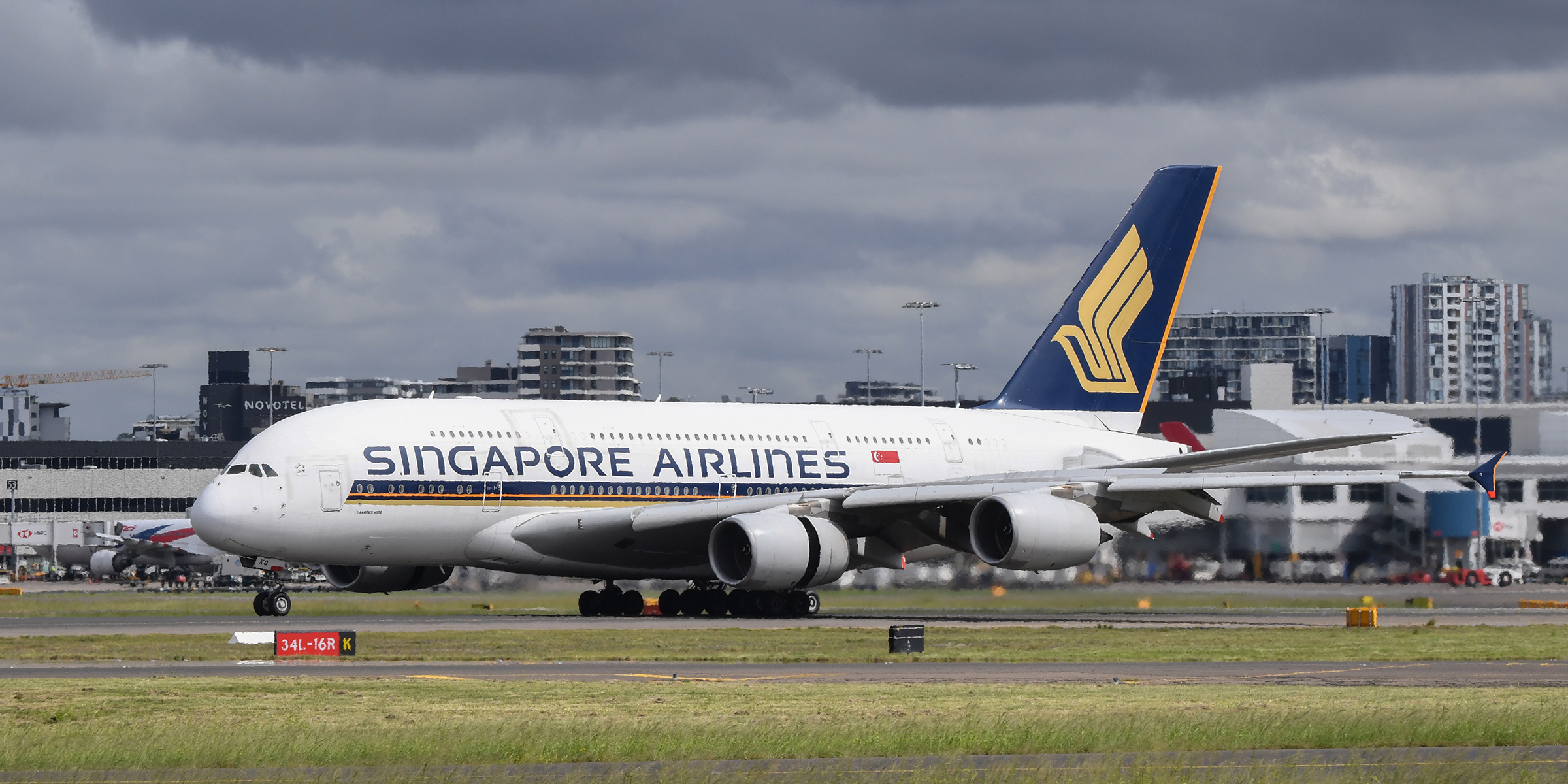 A Singapore Airlines A-380 Airbus aircraft on the runway at Sydney’s main international airport, Kingsford Smith, on March 15, 2020 in Sydney, Australia.

Usually when passengers find themselves sitting on a grounded commercial airplane, reactions range from impatience to downright anger.

But these are not usual times.

That’s one of several activities that Singapore Airlines is launching instead of what media reports have dubbed “flights to nowhere.”

The airline announced this week it was abandoning plans for destination-less flights — which were to take off and land at Singapore’s Changi Airport —  in favor of ground-based activities designed to relive the feeling of air travel.

Singapore Airlines is debuting three activities that replicate elements of flying — but without actually flying anywhere.

On Oct. 24 and 25, the airline will let customers dine inside an A380 double-decker superjumbo “restaurant.” Customers can eat Singapore Airlines dishes while watching movies on the plane’s in-flight entertainment system.

Bookings are $50 Singapore dollars ($37) to dine in economy class, SGD$300 ($220) for business class and SGD$600 ($440) for a private suite. Those who arrive wearing traditional clothing, such as a “sarong kebaya, cheongsam, saree, batik shirt or even a kilt” receive a special gift, according to the company website.

Bookings open on Oct. 12 at KrisShop.com, the airline’s e-commerce website, and KrisFlyer members can earn or use miles for the purchase.

Diners will be seated in groups up to five, and face masks are required (except when eating) on the A380 restaurant experience, dubbed “Restaurant A380 @Changi.”
Courtesy of Singapore Airlines

The company is also creating tours of the SIA Training Centre, with optional flight simulator training sessions, junior cabin crew activities for kids, and grooming workshops with Singapore Airline’s famously immaculate flight attendants. Tour bookings open on Nov. 1 on KrisShop.com and will be held on Nov. 21, 22, 28 and 29.

Meals can be booked to include luxury items that passengers can get while flying, such as Dom Perignon Champagne, Wedgwood and Narumi dishware and Lalique sleeper suits. Packages are accompanied by music playlists that recreate the ambiance of a Singapore Airlines’ flight.

There’s even an option to book a private chef who will reheat, plate and serve the meals in customers’ homes.

Why ‘flights to nowhere’ were dropped

Singapore Airlines decided against destination-less flights after conducting a “market study and comprehensive review” which took into account environmental implications, financial viability and feedback from the general public.

“An idea for a one-off, short-tour flight, or a ‘flight to nowhere,’ was also initially considered but not pursued after the review,” a Singapore Airlines spokesperson told Global Traveler.

Media reports about airlines’ plans to launch flights to nowhere have been met with criticism, mostly related to the environmental impact of flying for the sake of flying.

“Think of how ‘flights to nowhere’ will look 10 years from now as the more potent effects of climate change begin to hit us,” wrote Terence Chin Yuen Yeen in a letter to The Straits Times. “Is there no better way to boost business?″

In a letter to Singapore Airlines’ CEO Goh Choon Phong, animal rights group PETA Asia asked the airline to serve only vegan meals on the flights, in order to help offset carbon emissions.

Some took to social media to criticize the concept, which has already become a small trend among airlines in Taiwan, Japan, Brunei and Australia.

Others simply didn’t understand why anyone would subject themselves to an activity that, at least for economy passengers on many airlines, is criticized for being uncomfortable and cramped.

In the end, the blowback may have proven too much for a company that isn’t routinely the target of criticism in its home country and which is regularly named as one of the best airlines in the world.

As to those holding out hope that these flights may be reconsidered in the future, Singapore Airlines told CNBC: “We currently have no plans to revive the idea.”

Tanuka Mittra was excited about Singapore Airlines’ “flights to nowhere” and considered booking a seat on one until she heard the idea had been canned.

“I wouldn’t say I’m devastated by the news,” she said. “I get it from an environmental point of view; it’s probably good to not have a large carbon footprint.”

While the new services are less appealing to her because they don’t involve being in the air, Mittra said she would consider the food delivery service “but only if it’s first-class food, not economy.”

“People who have had it, love it,” she said. “Singapore Airlines has a reputation for a reason.”

Michael Culme-Seymour believes ground-level services are a better way to engage the airline and its customers than an expensive “flight to nowhere.”

“Why not keep the plane on the ground? People who want to experience the in-flight service can still enjoy Singapore Airlines’ reputable brand,” he wrote on LinkedIn to a Singapore.

“Imagine all of us who can never afford a first-class flight — to now have the ability to sit in first-class for a few hours, enjoy a good meal and a glass of bubbles,” he wrote.

A Singapore Airlines representative told that the company “continues to be invested in conducting our businesses responsibly and will be stepping up our sustainability efforts in the years to come.”

When creating content to post on social media, you ought to be asking yourself: How to make sure the content would contribute successfully to the digital marketing of your brand? To help answer your question, it is important to raise two main points: First of all, you need to identify what makes your brand unique, and what it is that only your brand can offer.