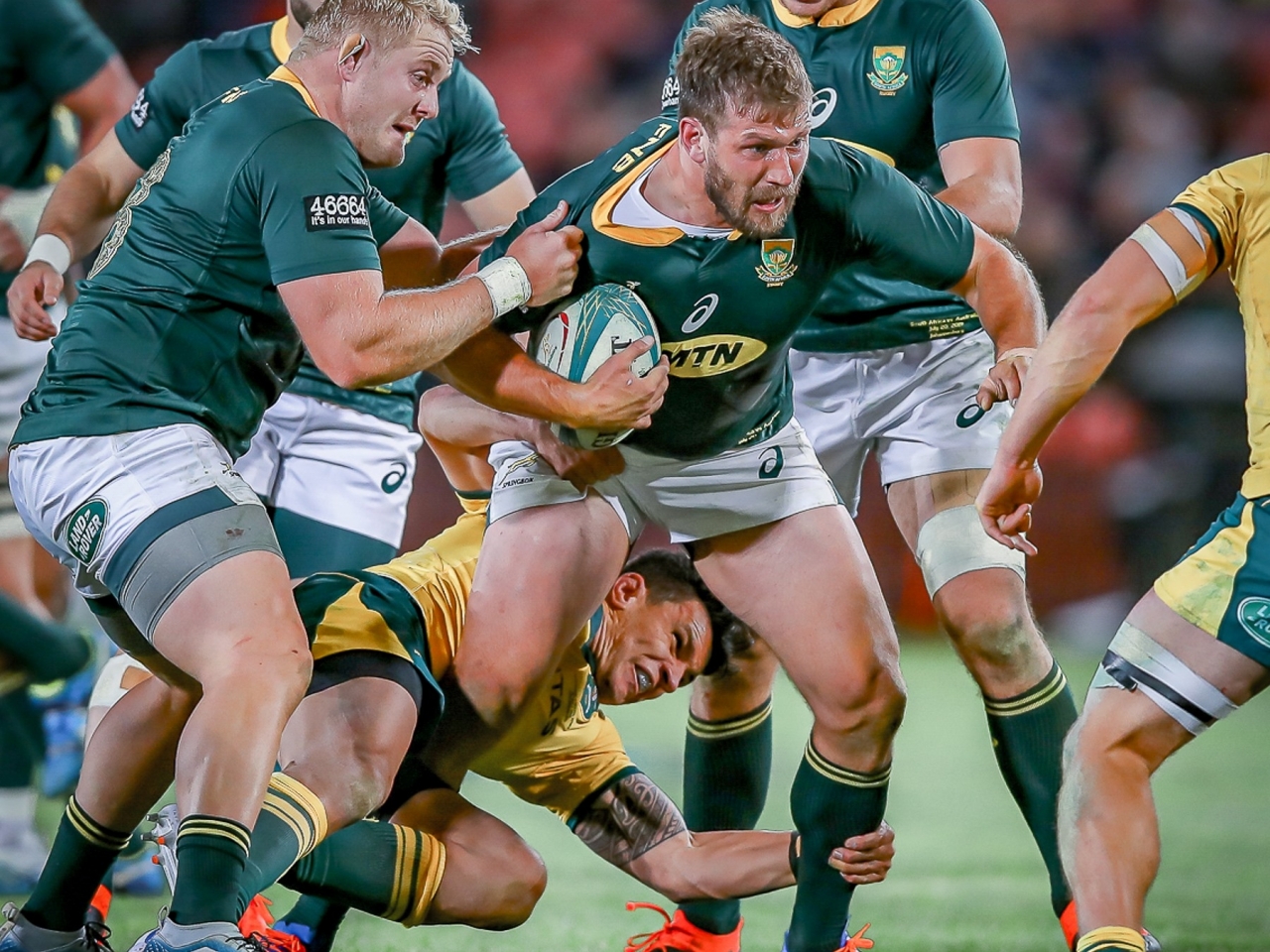 The Rugby Championship has lost the World Cup winning Springboks.

Tournament governing body Sanzaar have confirmed the South Africans will not be travelling to Australia for the competition.

The Spingboks had to leave for Australia this weekend to fulfill their quarantine requirements in time, and Sanzaar’s statement on Friday said there were several factors behind the decision.

“[Due to] South African government travel restrictions, player welfare and safety concerns, and the ongoing effect of the Covid-19 pandemic on South African players both in South Africa and across their various clubs in the UK and Europe, the Springboks will remain in South Africa.”

The tournament will revert back to its original Tri-Nations format, with the All Blacks, Wallabies and Argentina playing each other twice over a six-week period.

South Africa’s withdrawl means that the other three teams will have a bye each week of the tournament.

After this weekend’s second Bledisloe Cup test at Eden Park the All Blacks will head to Australia to play the Wallabies on 31 October in Sydney and then a week later in Brisbane.

The Springboks opening match was scheduled to be against Argentina in Brisbane on 7 November, while New Zealand were set to play them in Sydney on 21 November and in Newcastle on 28 November.

“Naturally, it is extremely disappointing that the Springboks, due to the continued complexities of operating in and around this Covid environment, cannot fully compete in the previously planned six-round Rugby Championship.

“SANZAAR recognises the challenges and adversity that the national unions have had to face this year due to the pandemic.

“It is a tribute to the Unions in how they have been able to adapt and, dependent on Covid restrictions, run domestic competitions with the exception of Argentina who has been impacted the hardest through their lockdown.”

South African Rugby chief executive Jurie Roux said Sanzaar and Rugby Australia had bent over backwards to make the Rugby Championship happen and it would have been unfair on them and their partners and state government to delay a decision any longer.

“This is a hugely disappointing outcome for supporters and commercial partners but the on-going impacts of the pandemic in multiple dispensations mean we are unable to deliver a Springbok team without seriously compromising player welfare, apart from other logistical challenges.”

The Springboks now face going into next July’s British & Irish Lions series on home soil having played little or no Test rugby since their victory in the 2019 Rugby World Cup final against England last November.

South Africa’s long and hard Covid-19 lockdown means the country’s leading players were sidelined from competitive action between mid-March and the start of the domestic season this past weekend.

Becoming a client is a simple and fast process that can quickly bring you toward a better solution. TOP has made it easier than ever to get The best in content placement today that you might need.