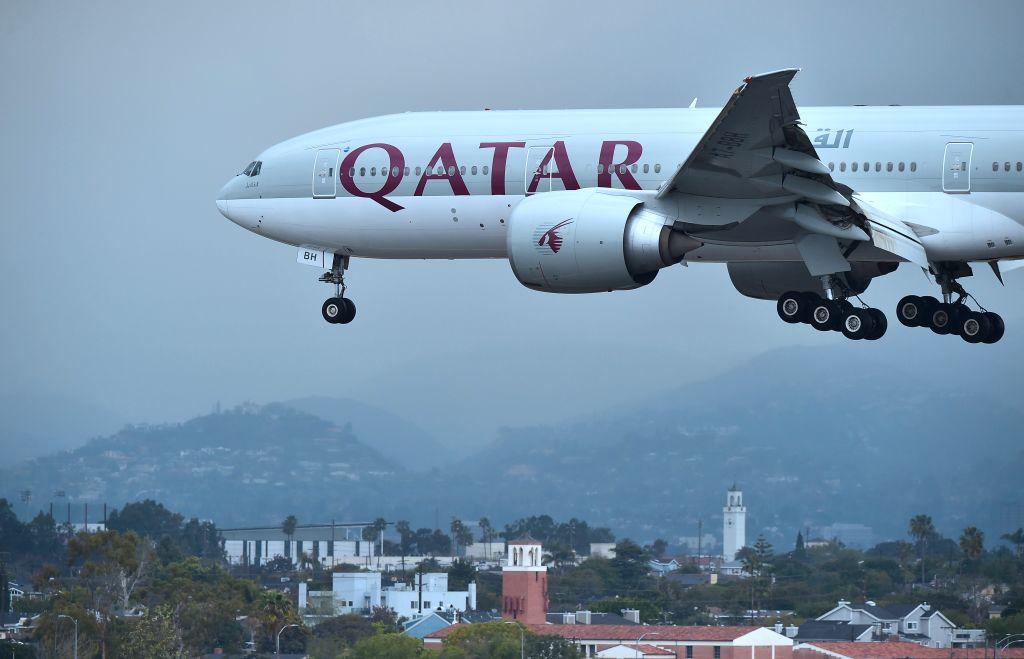 Woman ordered off Qatar flight thought plane was being ‘hijacked’

A woman ordered off a Qatar Airways flight along with a dozen other Australian women – some of whom were invasively examined in ambulances parked on the tarmac – first thought she had been caught in a hostage situation.

Ffranses Ingram, 73, said she would have struck officials with her walking cane if she had fully comprehended the ordeal her younger female passengers were about to endure on a stopover at Doha on 2 October.

The women were subjected to an invasive internal examination as airport authorities searched for the mother of a newborn baby found abandoned in a bin at the airport.

The incident has sparked outrage in Australia and infuriated officials and politicians in Canberra.

“I find I’m getting more outraged every day now, and more frightened and more concerned for the girls on the plane than I had been at the time because I didn’t realise how far the examination had gone on some of them,” Ingram told the ABC.

“It really is absolutely appalling and dreadful and disgusting.”

Ingram, who is legally blind, was headed back to Australia from Germany where she had been receiving eye treatment.

“We must have been on the tarmac for about four hours and they kept telling us different stories,” she said.

“And then we waited perhaps about another hour and then the plane said, ‘We’re taking off now’. And all it did was taxi to another part of the airport. And then it said, ‘Ladies and gentlemen, we’ve got government security issues.’

“And I thought, ‘Oh no, Sydney’s not taking us back in. They’ve decided to close the airport.’

“We waited again and then we were told that all female passengers had to leave with our passport.

“Then I got frightened because I thought, ‘Oh, this is a hijack where the women are being allowed off and the men are going to be kept hostage.’”

She and the 17 other women, including 12 other Australians, were escorted off the plane and into the terminal.

“I said to the air hostess, ‘What’s happening?’ and she said, ‘No, you will just come with me.’ And there was a sense of urgency around her,” Ingram said.

“I was taken in a lift and when I emerged down on the tarmac, I was surrounded by police. And, again, I said to her, ‘I’m very frightened.’ My heart was going 19 to the dozen and she still wouldn’t tell me.

“And then I saw the other women and went over to them, and one of them has said they’d been examined and that a baby had been found in the airport and they were trying to find the mother.”

The 73-year-old said she realised there was an ambulance on the tarmac but when it was her turn to go she was told “no”.

“They didn’t want me, of course. Obviously if that’s why they were examining – for childbirth – it obviously wasn’t me,” the mother of three said.

Ingram said she was furious with Qatar Airways and the experience made her question whether she would fly into the region again.

“I thought that as a Qatar passenger, I would have been protected by the airline and as an international traveller I was protected,” she said.

“But we weren’t. We were dragged off the plane like the blinking Petrovs here in Sydney years ago.”

She said if she had realised what was happening inside the ambulances she would have loudly protested.

“I had my cane so I could have … I don’t know how far I would have got with hitting them, but I, certainly as an older woman, would have refused,” Ingram said.

But Ingram said she had found herself wondering about the woman who abandoned her newborn girl in a bathroom.

“Oh my God, the poor mother of the baby – what is going to happen to her?” she said.

“I just hope they never found her. What situation must she be in to leave her baby in the toilet.

“I mean, it’s just that unimaginable. At least in this country there’d be help. But over there … you just dread to think.”

Vlogging and Video Creating is a great medium and done right can make some serious money. When you add video production or video advertising, then the potential is even greater. However, it takes time and effort to make money only focusing on vlogging and video creating.