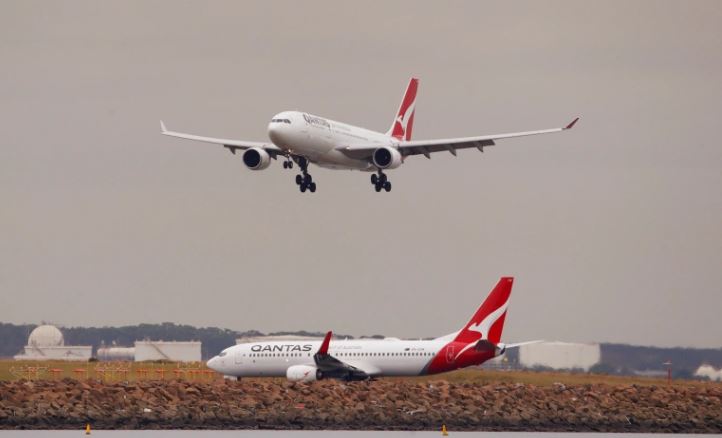 Brisbane, Australia – Syam Mohan, a 33-year-old geriatrics nurse, took three weeks’ leave in early February to travel with his wife and three-month-old son from Sydney to Kerala in India for a family wedding. By the time their return date approached, coronavirus cases had emerged in Malaysia, where the young family had a stopover as part of their journey home.

Fearing that their infant son, Milan, would be at higher risk of infection, Mohan made the difficult decision to leave his wife and son with family in Kerala and fly home alone on February 27. He expected they would be able to join him a few weeks later once the crisis calmed.

Mohan has not seen them since.

The front-line health worker has spent the last nine months balancing work in a regional hospital with calls to the Australian High Commission in India, pleading to get his wife, who is also a nurse, and their son back home.

“We were so excited for our first child and I really wanted to be there for his milestones,” said Mohan, who celebrated Milan’s first birthday with them via a video call from their empty family house in Wagga Wagga this week.

The Australian family is among thousands torn apart by the country’s coronavirus measures, which bar citizens from leaving their own country and limit the number who can return through a strict cap on international arrivals.

More than 34,000 citizens and permanent residents are registered as trying to get home from overseas, according to the Department of Foreign Affairs and Trade, but airlines estimate close to 100,000 people may be waiting to return.

Al Jazeera received some 25 messages from Australians in distress around the world, citing their right to return home or to be reunified with their family.

The national cabinet clamped down on returns in July after an outbreak in Melbourne was traced to a breach of mandatory hotel quarantine. Amid concerns about space and capacity, officials capped international plane arrivals at around 4,000 people per week and introduced a fee of roughly 3,000 Australian dollars ($2,187) – depending on the number of people and location – for the 14-day quarantine.

The weekly cap was increased to more than 5,000 people in November, but the number of Australians stranded abroad continues to grow.

The Board of Airline Representatives of Australia (BARA), which represents 33 airlines, said the problem will become “even bigger” when many Australians find they cannot return home before the end of 2020.

The restrictions, which place a burden on airlines to determine which passengers fill their monthly allocation of seats, mean economy travellers are frequently bumped in favour of business or first-class ticket holders.

“Most of the seats on the 150 international flights arriving each week into Australian airports will remain empty under the tight international passenger arrival caps,” said BARA Executive Director Barry Abrams, in a statement calling for greater quarantine capacity.

While the country celebrated zero locally transmitted coronavirus cases for the first time since March on October 31, many of the Australians stuck in coronavirus hot spots around the world went back into lockdown.

Kim Keshler has been in and out of confinement in India since March.

The 56-year-old travelled from Sydney to India for a six-month pilgrimage in December 2019 and was put in home quarantine in Varanasi on March 19, unaware that Australia had warned its citizens to return home two days before.

Unable to get a ticket in the chaos leading to India’s nationwide lockdown on March 25, Keshler said she had no choice but to hunker down alone in an acquaintance’s empty apartment. The nationwide restrictions, which brought the risk of jail time for any people caught outside their homes, were lifted on June 1, but localised lockdowns continue.

“I have walked out my door twice now in the morning and found my entire area is locked down for two weeks because of cases in my street,” said Keshler, who understands some Hindi, but not enough to keep track of fast-changing regulations.

“I would hear sirens going on. I’d hear people yelling – all of these things – and I would have absolutely no idea what was going on. I’d walk outside and think ‘Is it safe to walk out today?’ It has been very frightening.”

Amnesty International says the Australian government is not only depriving citizens of their right to return, but is also failing to provide adequate support to those stranded abroad.

“There is this myth out there that the Australians still overseas left it too late to get home, but there were huge disadvantages that meant they couldn’t access flights such as localised lockdowns or border closures,” said Joel Mackay, a campaigner for Amnesty International, adding that the rights group is particularly concerned about those stuck in India where the number of coronavirus cases has surpassed 8.5 million. The country is the most affected by coronavirus in the world after the United States.

“Now we are in a situation where Australians are stranded in countries that have severe COVID outbreaks and are at risk of catching the virus because the Australian government hasn’t brought them home,” he said.

India has air bubble arrangements with 19 countries under its national repatriation mission, but Australia, which has limited travel to a one-way air bubble for New Zealanders, is not included.

“When I heard the Prime Minister say that his job is to protect all Australian lives, I lost all feeling that I am Australian,” said Keshler.

The knowledge that the Indian cricket team has been granted permission to travel to Australia and take places in capped quarantine facilities in Sydney in mid-November has only added to what Keshler describes as a feeling of “abandonment”.

Penny Wong, the opposition leader on Foreign Affairs, has urged Prime Minister Scott Morrison to “explain to stranded Australian citizens why they are not his priority.”

“My understanding is that as a citizen I have a right to come back. I have no other country,” Keshler said.

The legality of such a prolonged ban is now coming under scrutiny.

The Australian Human Rights Commission has “received a significant number of human rights complaints” under international laws related to the arbitrary separation of families, including children from their parents, and restrictions on freedom of movement, including the right to enter one’s own country, the organisation told Al Jazeera.

Helen Irving, a professor of constitutional law at the University of Sydney, says the right to return to Australia might be legitimately restricted by laws for quarantine, but only as long as the restrictions are proportionate, and limited to the public health emergency.

“In my view, however, Australians could not actually be stopped from returning, that is, they could not be turned away or refused entry if they reached the border,” Irving said.

Melbourne resident Laurie Stefanizzi is among those who have lodged human rights complaints with the commission on the right to enter their own country under Article 12 of the International Covenant on Civil and Political Rights, which is scheduled to the Australian Human Rights Commission Act 1986.

The 31-year-old travelled to Europe with her husband and two children for a month-long holiday on March 2. Nine months later, they have been bumped off 11 Emirates flights to Australia and their daughter, who is no longer under two years old, requires a third passenger seat.

“I wasn’t born Australian, I chose to become Australian and when we finally became citizens, we were so proud,” she said, “but our passports have done nothing for us.”

Stefanizzi, who is a dual national and staying with family outside Lyon, said she has found much-needed solidarity with other Australians stuck overseas. Together they have teamed up to launch a social media campaign to “bring stranded Aussies home”.

“I have nothing here in France,” she said. “No paperwork, no security number, nothing. It’s not just like we can go back to where we came from a decade ago like nothing happened. Our home country is Australia and that is where we have everything.”

For Mohan, many questions remain as to how he will manage to get his wife and son safely home under the caps.

“I know other people stuck overseas are unwell or have other complex factors, but we all need our lives back,” he said. “My baby is growing bigger every day, and I would love to be a part of that.”