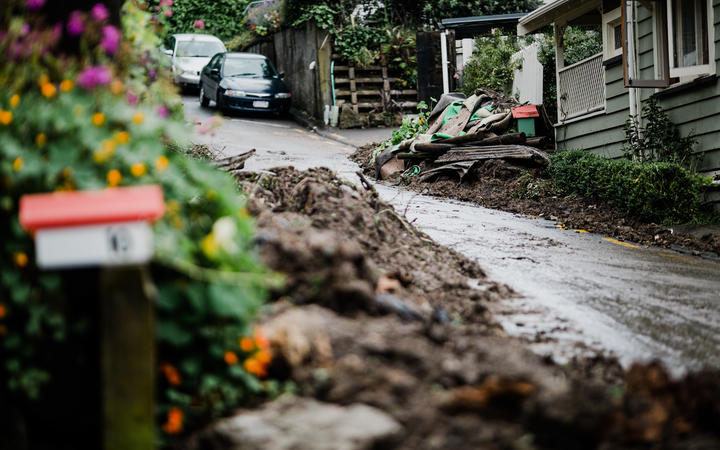 Nearly 600 properties in Napier have been officially flood damaged, and there are fears more have gone unreported.

Trees and slips blocked roads, lamp posts toppled over, debris fell from cliffs and walls crumbled onto cars in the flood four weeks ago today.

The chaos caused by the flood has been detailed in a new Napier City Council report which will be presented to the audit and risk committee this week.

As of late last month, 115 properties were uninhabitable and 386 were damaged but still liveable.

Napier Mayor Kirsten Wise thought the numbers could be higher.

“That is the ones that we are aware of, so there will be a number of flood affected in particular private residences that wouldn’t have necessarily been reported through to council for any reason.”

Large parts of Napier’s water system are only built to deal with a one-in-five-year rain event – this year’s was a one-in-250-year deluge.

Napier had not been able to upgrade all of its systems since new regulations came into force in the 1990s.

Wise said the impact was difficult to cope with.

“We experienced an event far beyond what we within our network had the capacity to deal with… so obviously there’s no way we were ever were able to cope with a one-in-250 year event.”

Some buildings in the town were lucky to escape serious damage, but the MTG (Museum Theatre Gallery) was flooded, although no catalogue was hit.

The Centennial Hall by McLean Park would be closed for up to 18 months, Wise said.

The number of flood evacuees peaked at 173.

As of the end of last month, 147 people were still staying at the council’s emergency accommodation with nowhere else to go.

Dee Penno from Hawke’s Bay Properties looked after rental homes and said the aftermath of the floods had hit housing hard, especially with more tradespeople in town for flooding repairs.

“The motels are full from all the beneficiaries that can’t find accommodation and tradies coming from Auckland to fix. There’s just nothing to rent.”

Did you know there are plenty of terrific perks to opening a personal or corporate bank account in the United States of America?   There are scores of banks to choose from throughout the country. Some of these banks are offering great deals.  #topcompanyformation.com