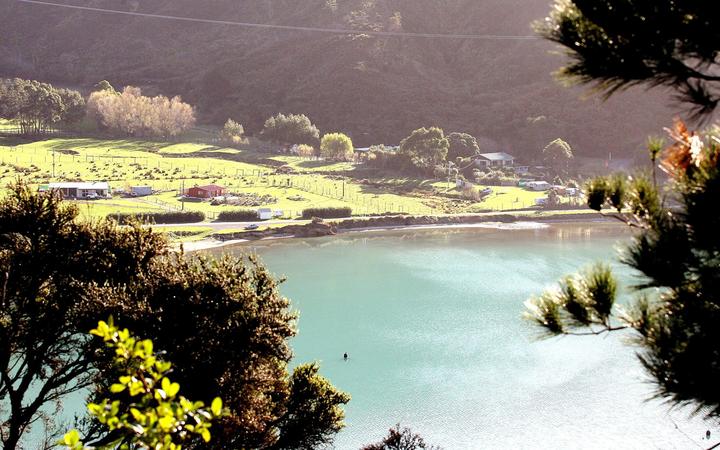 Newcomers to bay excluded from water scheme after ‘suspicion’ among residents

Just half the properties in a Marlborough Sounds bay have been given access to a water scheme, after a fight between residents.

An independent commissioner has had to lay down the law after residents in Marlborough’s Oyster Bay failed to solve a water dispute. Photo: Supplied / Stuff

Residents of Oyster Bay, on Port Underwood Road, set up a scheme decades ago to provide them with free house water, but let residents of a new subdivision use the scheme for stock and trees. The newcomers agreed to get housewater from rain tanks.

But when it came time to replace the scheme’s permit, nine of the longtime property owners asked the Marlborough District Council for a new one, but just for them, which the newcomers opposed.

On one side, longtime residents said the newcomers were “piggybacking” off their consent and trying to get household water rights, but the newcomers argued the consent was a “frivolous attempt” to deny them access to the water scheme.

Commissioner John Maassen adjourned the hearing in October in the hope that residents would “come together around the campfire”, saying it would be sensible to have just one permit.

“That did not occur for a variety of reasons,” he said in a judge’s decision, issued last month. There were “misunderstandings”.

After the hearing, the newcomers proposed a single application which listed properties and what they were entitled to. This gave longtime residents three times more water than newcomers, and said that newcomers could not use the scheme for their houses.

But this was not agreed to by the longtime residents.

“Because each landowner’s use is not monitored, from time to time suspicion has been generated that those users not entitled to domestic supply were, in fact, using water from the stream for their [house water] supply, causing supply constraints to others.”

Longtime residents asked to stick to their application to renew the permit, and Maassen ruled there was no reason to refuse it.

He gave each of the nine properties permission to use up to 4.5 cubic metres of water a day from the water scheme, for 10 years.

Water meters would be installed at each of the properties by December next year, so residents could monitor their water use.

This would help “in the event of continuing disagreement”.

But the meters could be replaced by a single water meter if residents decided to band beneath a single permit in the future.

“At its heart, this dispute is about a small community in a place of great beauty that is divided on … access to water,” he said.

Maassen opened his decision with a quote from Aristotle: “Where equals possess or are allotted unequal shares, or persons not equal, equal shares, quarrels and complaints arise.”

The separate application the newcomers submitted before the hearing had been on hold since October.

Maassen said in his decision it was likely the community would need multiple consents going forward.