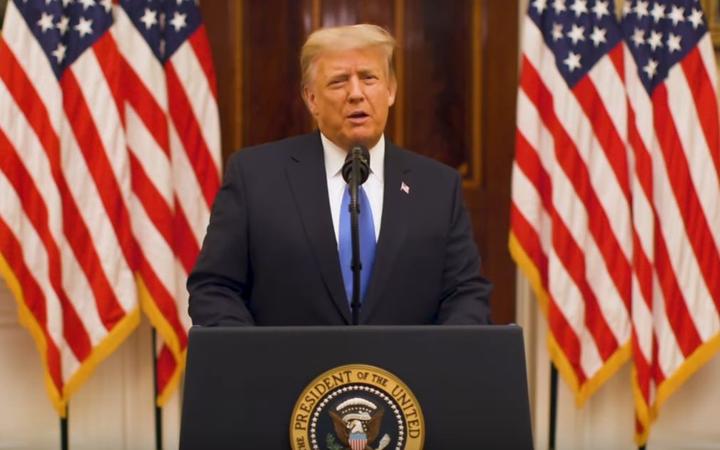 As US President-elect Joe Biden arrived in Washington ahead of his inauguration, departing president Donald Trump released a videoed speech on his last full day in office.

Biden became emotional during a brief farewell ceremony in Delaware before heading to Washington, choking back tears as he reflected on his long journey to the White House and remembered his son.

Biden thanked friends and family who had gathered to see him off at a National Guard center named after his son Beau – whose death from cancer in 2015 contributed to then-Vice President Biden’s decision not to seek the White House in 2016.

“When I die, Delaware will be written on my heart,” said Biden, his voice shaking with emotion.

“It’s deeply personal that our next journey to Washington starts here, a place that defines the very best of who we are as Americans,” he said. National Guard troops assist law enforcement and deal with domestic emergencies.

“I know these are dark times, but there is always light. That’s what this state has taught me the most,” Biden said.

Biden, who served Delaware as a senator for more than three decades and had run for president unsuccessfully two times before winning in November, said his one regret was that Beau, who served as attorney general in Delaware, was not there.

“We should be introducing him as president,” Biden said, tears streaming down his face.

“Don’t tell me things can’t change. They can, and they do,” Biden said. “I’m truly honoured to be your next president and commander in chief.” 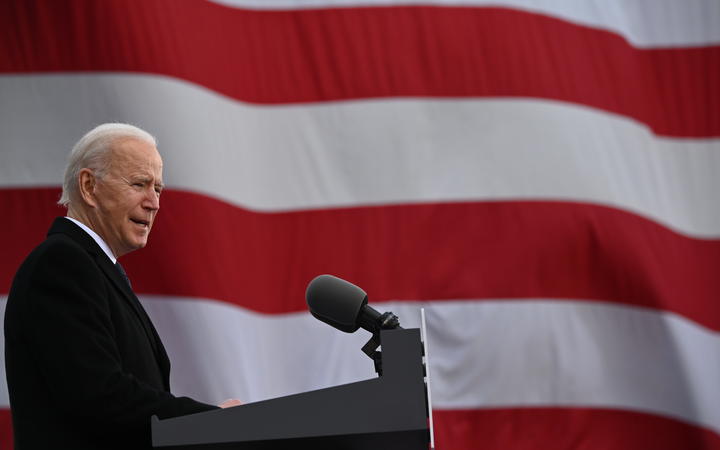 US President-elect Joe Biden told an audience at a farewell ceremony in Delaware: “I know these are dark times, but there is always light.” Photo: AFP

After the ceremony, Biden flew to Washington to appear at a Lincoln Memorial remembrance for Covid-19 victims.

He will spend the night at Blair House, the president’s official guesthouse, before he is sworn in tomorrow and moves into the White House.

‘We did what we came here to do’ – Trump

On his final full day in office, departing president Donald Trump delivered a farewell speech from the White House.

“We did what we came here to do – and so much more,” he said. “I took on the tough battles, the hardest fights, the most difficult choices – because that’s what you elected me to do.”

He warned that “the greatest danger” now facing the country was “a loss of confidence in our national greatness”.

The 45th president ran through actions taken by his administration – from “stand[ing] up to China like never before” to “a series of historic peace deals in the Middle East”.

He added: “I am especially proud to be the first president in decades who has started no new wars.”

Referring to the riot at the US Capitol on 6 January, he said: “All Americans were horrified by the assault on the Capitol… It can never be tolerated.”

Trump acknowledged that a new administration would take office, but said: “I want you to know that the movement we started is only just beginning.”

Investors, how would you like to be on vacation while at the same time conducting business deals?  Open an offshore company in Vanuatu and you will do exactly that!  Relax in a tropical paradise while making a profit.  Excellent! #topcompanyformation.com