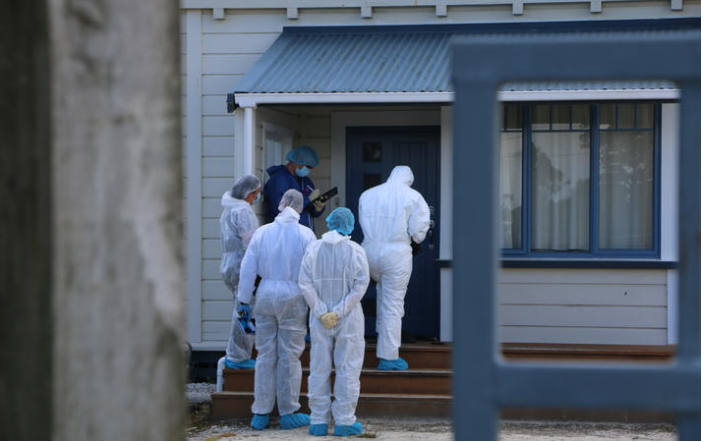 The small Taranaki town of Hāwera was left reeling yesterday after it became the scene of a double homicide investigation.

Police were called to a property in Manawapou Road at 2.30am on Monday where two bodies were found.

A 21-year-old man was arrested at the house and later charged with both the murders.

For residents waking up near to the Manawapou Road property, there was shock, horror and confusion.

Some were were shaken up, while others couldn’t believe what had happened a few metres away.

One resident said they knew the man who lived there, and that he had a couple of kids.

“It’s quite shocking to hear something like this happening in Hāwera,” another said.

This neighbour, who shared a boundary fence with the property, said the community and those close to the house would be feeling it.

“I think everyone’s probably in shock and we’re like, whoa… And it was only over the back ya know?”

He, among the other residents RNZ spoke to, said they had heard nothing on Sunday evening or Monday morning.

Many of the residents along the street read about the homicide inquiry on the news before discovering the police presence on their street.

However one resident divulged there had been arguments coming from the house in the days leading up to the deaths, but said it was nothing that raised alarm bells.

“This has sort of been going on and off for a few days now. You know, just the odd times we can hear people arguing.”

He said on Sunday night his son and grandchildren were sleeping in a tent along the back of the property – but they didn’t hear a peep.

“Yeah he said he didn’t hear nothing. It was like he didn’t even know the police were over there.

“But I mean we don’t even know what the actual charge is because we didn’t hear no gun or anything like that so it could have been a stabbing.”

One man from a neighbouring property was awake when police arrived and said it was a frightening ordeal.

“When I woke up at 2am, went out and had a smoke and let the cats out, and trying to get them in, I had the curtains all closed, next minute I see search lights and walkie talkies and a cop at the end of the driveway. It’s a bit traumatising.”

The man, who was visibly upset, said he just wanted to know what happened.

He knew that two people were dead, but more than two people lived in the house and he didn’t know which two were killed.

He said not knowing was weighing heavily on his mind.

The man had spoken to the father of the house on Sunday night and had been expecting him to visit on Monday.

Forensic and ESR teams spent most of the day, all in their white suits, inside the house, occasionally emerging with evidence bags.

At the front of the house, locals and friends of the family left flowers. 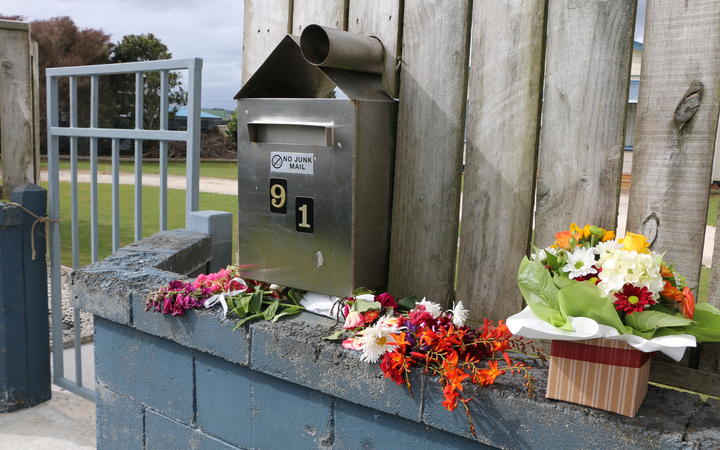 A 21-year-old has been charged with both murders. Photo: Charlotte Cook

Taranaki Area commander Inspector Belinda Dewar on Monday said a man was arrested at the scene without incident who was helping with enquiries.

“Police are not seeking anyone else in relation to this incident.”

The two victims have not been formally identified by police.

The 21-year-old man charged with the murders has name suppression and is remanded in custody until his next appearance in February.

Vanuatu is a virtual paradise.  It is also the perfect place to incorporate a company.  Discover many options, experience business freedom, then enjoy the fruits of your success.  Check out the website #topcompanyformation.com