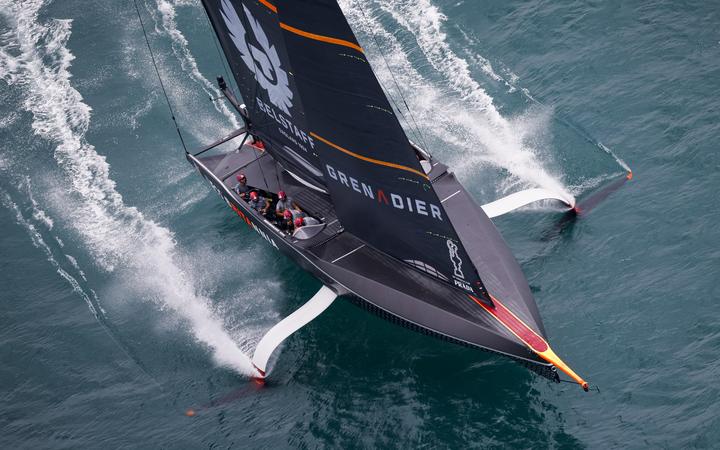 Team UK are through to the final of the America’s Cup Challenger Selection Series in Auckland.

The British sailing team beat Luna Rossa by 33 seconds in a close race on Saturday to continue their unbeaten run in the round robin series.

The race was delayed by more than a hour after a change in wind direction and Team UK taking advantage of a new system being trialled this weekend.

Under the new system a team can call a 15 minute delay to the start to fix an onboard issue.

While waiting for racing to re-start Team UK had an issue with their sail and asked to delay the re-start while the problem was sorted.

Once racing eventually got started it was one of the closest the regatta had seen.

There was nine lead changes as the teams raced hard, knowing what was on the line.

Both helmsman, Team UK’s Sir Ben Ainslie and Luna Rossa’s Jimmy Spithill, agreed that the race would have pleased spectators.

“That was one for the fans,” Ainslie said in a post-race on-water interivew.

The teams also had to sail a “ghost” race against the absent American Magic to pick up competition points.

Tomorrow’s scheduled race between Team UK and Luna Rossa is now a dead-rubber, but regatta organisers expected the race to still go ahead.

The Christmas Race, which was to be sailed on 20 December, was abandoned due to light winds and no winner was found, so the regatta organisers decided to give the silverware to the team that finished top of the Challenger Selection Series round robin.

The semi-finals between Luna Rossa and American Magic start on 29 January and is a best of seven race series.

The winner will face Team UK in a best of 13 race final series, starting on 13 February, with winner of this series meeting Team New Zealand in the America’s Cup starting on 6 March.