The politics of the small island nation of Vanuatu have never been dull with some firsts in the Pacific’s  theatre of national politics.

In 1988, the first President of the Republic – Ati George Sokomanu and three prominent politicians being Barak Sope, Maxime Carlot and Willie Jimmy were convicted and sentenced to jail terms by a jury composed of a foreign judge brought in especially for the case and two assessors.

Of the convicted, two were prominent in the independence struggle and all four were directly involved in the negotiations that led to independence.

The report itself when reading between the lines was quite revealing of the conduct of the trial.

The convictions were overturned by the Vanuatu Appeals Court in 1989  due to trial court error and insufficient evidence after appeals submission on behalf of the defendants by an Australian Queens Counsel.

Sope and Carlot would continue on with their political careers despite the setback and ended up becoming their nation’s Prime Ministers. Willie Jimmy would go on to lead an illustrious political career holding important ministerial portfolios at different times and ending his public service  as Vanuatu’s Ambassador to China. Ati George Sokomanu would never hold a senior public position in Vanuatu after the case.

On July of 2002, Barak Sope was again jailed by Justice Roger Coventry  of the Vanuatu Supreme Court for trying to raise much needed funds for Vanuatu through the use of bank guarantees. He was pardoned by the then head of state – President Father John Bani who like Sope was a co-founding participant of the movement for Vanuatu’s independence in the seventies.

On 20th June 2011 in  a news report by local journalist – Hilaire Bule , it was cited in the report that deposed Prime Minister Sato Kilman and three of his former ministers being former  Finance minister Moana Carcasses Kalosil, former Justice Minister Ralph Regenvanu and former Minister of Public Utilities Harry Iauko may be charged for perjury and conspiracy for sworn statements with facts made to the Court which the Chief Justice Vincent Lunabek cited as being disputed and found to be not correct. No action was taken and hence no resulting convictions.

On 22nd October 2015, former Prime Minister and current Deputy Prime Minister Moana Carcasses and 13 MPs were sentenced by a foreign judge – Mary Sey to varying jail terms for their roles in giving and receiving bribes. The number included two former veteran politicians being former Prime Minister Serge Vohor and former Minister Willie Jimmy, both of whom had held different portfolios in different previous governments. It is common knowledge that the number of politicians who actually received bribes which resulted in this case were said to be a significant number of the members of Parliament and some got off by turning State’s evidence for the prosecution.

In March of 2018, former Prime Minister and then Deputy Prime Minister Joe Natuman was convicted of conspiracy to pervert the cause of justice. He was sentenced to 2 years suspended however due to the Members Vacation of Seats Act Cap 174, he automatically lost his seat in Parliament. He was charged and sentenced with a former Commissioner of Police.

In the First Ordinary Sitting of Parliament in June 2020, the whole Opposition of 22 MPs were suspended from Parliament in a motion by current Deputy Prime Minister and moved by current Minister of Public Utilities. A case was lodged which resulted in the Vanuatu Appeals Court declaring the suspension unconstitutional on 19th February 2021.

The action of suspending the Opposition MPs was declared by Chief Justice Lunabek on behalf of the Appeals Court jury to be in breach of Articles 1, 2 and 4 of the Constitution. The judgment also made mention of the appellants’ constitutional guaranteed rights under the Constitution being breached.

In December, 2020 former Prime Minister Charlot Salwai was convicted of perjury and sentenced to 2 years and 3 months. The case was the result of a complaint by the then Opposition leader and current Deputy Prime Minister in November of 2019.

Another case of corruption and bribery against Charlot Salwai and a former Minister for Agriculture, a former Health Minister and a former MP Tomker Natuvei also lodged by the Public Prosecutor was dismissed after prosecution witnesses failed to prove their case.

In his book ” Bridging Mental Boundaries in a Post Colonial Microcosm” William F. S. Miles wrote in the introduction ‘Vanuatu Microcosm’ and I quote ” There is one small country on which history has conferred the onerous distinction embodying this challenge of global decolonisation. Only one country experienced throughout its entire pre-independence tutelage the tug of competing hegemonies to which the colonial world at large was subjected. Only one country faces as its domestic challenge the surmounting of multi-colonial divisions faced by the Third World in general. This is the South Pacific Republic of Vanuatu, formerly known as the New Hebrides which alone in the annals of history experienced simultaneous and  coextensive territorial domination by two foreign powers France and Great Britain throughout its colonial past. As Vanuatu which achieved independence in 1980 comes to grips with the political, cultural, linguistic, religious and psychological divisions induced by nearly a century of dual colonial rule, those concerned with the healing of wider imperial ruptures may wish to take note. For the otherwise quixotic goal of harmonising, not just reconciling foreign-fed but deep seated differences between national and political cultures is precisely what Vanuatu confronts – alone – on a practical day to day basis.

Vanuatu is a country of almost 300,ooo people with over 100 existing different languages and dialects. If it is to find true harmony and  progressive future to enable a true independence of nationhood ideals and unity, it must find reconciliation of state of minds imposed by foreign influences over time.

It must develop a Vanuatu brand of politics that can overcome the divisions that exist today. 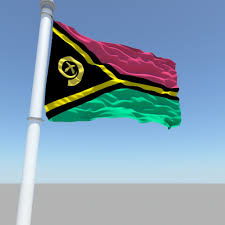