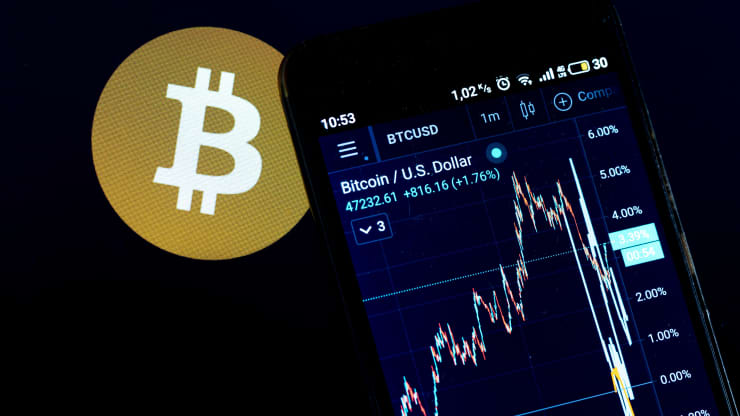 The investment bank, a giant in the wealth management with $4 trillion in client assets, told its financial advisors Wednesday in an internal memo that the bank is launching access to three funds that enable ownership of bitcoin, according to people with direct knowledge of the matter.

The move, a significant step for the acceptance of bitcoin as an asset class, was made by Morgan Stanley after clients demanded exposure to the cryptocurrency, said the people, who declined to be identified sharing details about the bank’s internal communications. Bitcoin’s rally in the past year has put Wall Street firms under pressure to consider getting involved in the nascent asset class.

But, at least for now, the bank is only allowing its wealthier clients access to the volatile asset: The bank considers it suitable for people with “an aggressive risk tolerance” who have at least $2 million in assets held by the firm.

Investment firms need at least $5 million at the bank to qualify for the new stakes. In either case, the accounts have to be at least six months old.

And even for those accredited U.S. investors with brokerage accounts and enough assets to qualify, Morgan Stanley is limiting bitcoin investments to as much as 2.5% of their total net worth, said the people.

Two of the funds on offer are from Galaxy Digital, the crypto firm founded by Mike Novogratz, while the third is a joint effort from asset manager FS Investments and bitcoin company NYDIG.

Clients can likely make investments as early as next month, after the bank’s financial advisors complete training courses tied to the new offerings, said the people.

Earlier this month, JPMorgan filed documents related to a new debt investment tied to a basket of stocks with crypto-exposure like MicroStrategy, the software firm that holds bitcoin on its balance sheet, and payments firm Square.