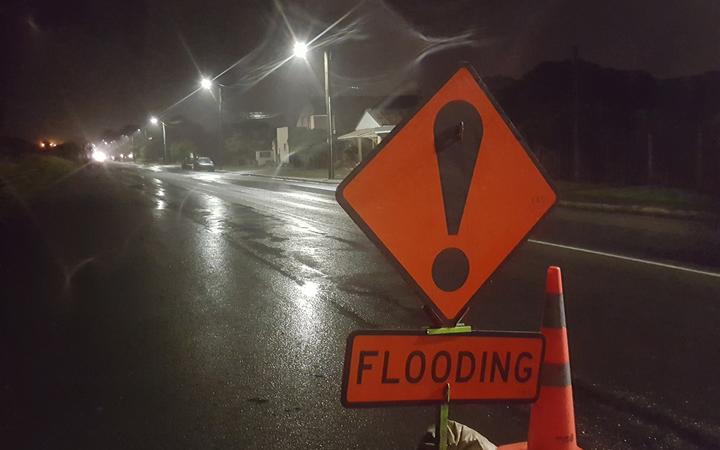 Posted By: Editorial Teamon: May 29, 2021In: NewsNo Comments
Print Email

Heavy rain is pounding Canterbury – with people warned to prepare for flooding as stormy weather sweeps the country.

MetService is forecasting 200 to 300 millimetres of rain in the Canterbury High Country and foothills which can be expected to cause some rivers and streams to burst their banks.

Civil Defence is on standby.

Canterbury’s emergency management says it has been in contact with all local authorities, and Civil Defence plans are in place for if the weather gets severe.

“We live in the Roaring Forties. Typically we get westerly winds but what we’re seeing this weekend is a low pressure system that sits up over the country and doesn’t budge.

“There’s another low system that sits further east and stops it moving and it just sits there for two to three days.”

Adams said this is just the second time a red warning has been issued by MetService.

Nelson west of Motueka is under a heavy rain watch until 3am tomorrow.

“We’ve seen some stations, particularly in the Takaka Hill region, that have seen over 100 millimetres in the last 12 hours.”

In the seaside suburb of Sumner in Christchurch, local authorities have delivered sand bags to businesses on the main road in case a combination of king tides and rain sends water through the town centre.

There has been some rain in the area, though not a lot. But one local said they are bracing in case it becomes worse. 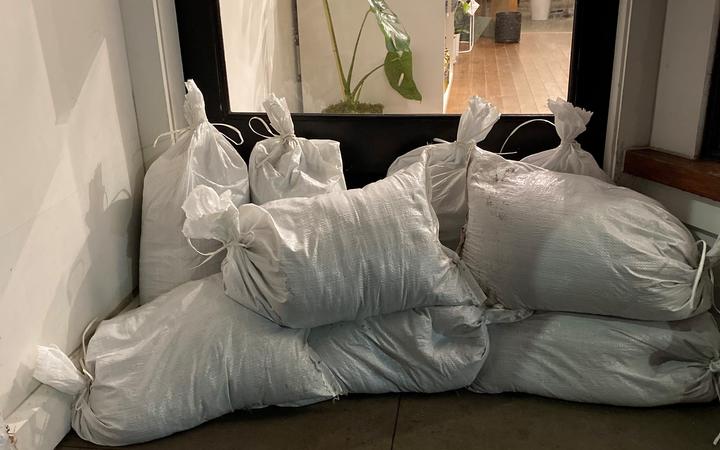 Sumner people are preparing in case a combination of king tides and rain sends water through the town centre. Photo: Supplied / Jeremy Rees

There are flooding warning signs on some streets in North Brighton although an RNZ reporter travelling through the area could not see any evidence of flooding so far.

It’s an area that often floods and she says that the rain has got heavier since about 6pm.

Civil Defence agencies in other parts of the South Island are also on standby, and Waka Kotahi the Transport Agency is also prepared for possible flooding.

State Highway 8 between Fairlie and Tekapo is being affected by snow and ice tonight.

MetService says one to three centimetres of snow is expected to settle near the summit of Arthur’s Pass this evening, through to tomorrow morning.

Similar amounts are also expected to settle near the summit of Porters Pass.

Snow warnings have been lifted for Lewis Pass and the Crown Range Road.

“We are resourced up for the weekend and we’ve put plans in place if we do end up closing roads in particular, putting detours in place if need be. But it’s all dependent on how heavy the rain comes and where it comes in. All we can do is be prepared and ready to respond.”

The heavy rain in Canterbury is being closely monitored for its effect on the region’s rivers.

Shaun McCracken, the flood controller for the area from Hinds to Kaikoura, said rivers of concern include the Ashley, Selwyn, Ashburton, Opihi and Orari rivers along with the tributaries that flow into those rivers.

McCracken said river flows will be highest on Sunday and Monday.

Niwa is forecasting a rapid increase in river flows across Canterbury.

There have been heavy thunderstorms in the upper North and upper South Island today as a series of active fronts and troughs pass over the country.

National Emergency Management Agency communications manager Anthony Frith said when the rough weather set in, it could be serious.

“This has the poetntial to be quite a serious flooding event for some regions, and people need to take it seriously. Listen to the advice and instructions of their local authorities and local Civil Defence groups, and listen to the radio and other media. It’s really important that people stay away from floodwater, please drive only if absolutely necessary.”

MetService has also warned that a combination of king tides and strong northwesterlies may bring coastal inundation to Auckland this weekend.

Register an offshore corporation in Vanuatu today and pay no taxes.  Experience freedom from regulations and zero tax requirements.  Ask us how at Trade Board Limited.  Website address is https://tradeboard.biz.