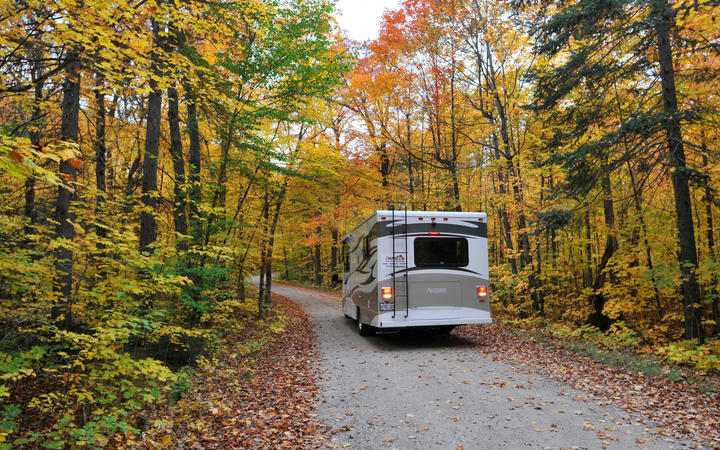 Motorhomes and horse trucks are being forced off the road under rule changes by the transport agency Waka Kotahi.

Several owners spoken to by RNZ expressed distress at facing months of delay and thousands of dollars of bills.

One horse truck manufacturer, Wade Group of Hamilton, estimated thousands of vehicles could be impacted.

“We think of the adventure tourism operators this could affect when they go to get their COF renewed,” said managing director Alyssa Wade.

In April, Waka Kotahi brought in a change to force any cab modified since 2005 to get sign-off from a specialist engineer.

This can mean stripping out the cab to check components, even for new trucks worth $250,000 or more just imported from Europe, and also covering any truck modified locally according to the manufacturer’s specifications, which is common to connect the driver to accommodation in the rear of motorhomes or horse trucks.

Vicki Hay has just spent six months getting the $400,000 sale of the horse truck at her Tokoroa stallion stud back on track after it was rejected for its six-monthly Certificate of Fitness (COF) due to a cab cutout.

“They’ve ruined us economically,” she said.

Wade Group has contacted NZTA to try to amend the change but, so far, can’t offer the scores of clients they are helping with this any firm hope.

“I think their [NZTA’s] focus is to keep the industry accountable for safety requirements … what is disappointing is it has affected the whole industry,” Wade said.

It appears not all vehicle inspectors are applying the rule consistently.

Owners told RNZ about one Auckland testing station giving people till September before enforcing it, others are applying it now.

Kapiti retiree Lex Ward just got a COF for his motorhome though it has a cutout.

Vehicle owners knocked back are struggling to find a heavy vehicle engineer to even take a look.

Canterbury dairy farmer Amanda Ferguson said VTNZ gave her the numbers of three engineers to ring after it rejected her horse truck a month ago.

“One guy just laughed and said, ‘no one in New Zealand will help you’.

“So you can imagine how distressing that is.”

Engineers are overloaded with work and reluctant to get involved in the controversy, especially when the industry said Waka Kotahi’s guidelines about the cab cutouts are unclear.

“The bulletin states that it is based on land transport rules but grossly misinterprets the meaning of the rules,” his report says.

‘It has to be rectified’

Carmen Douglas’s horse truck, a 2007 UK model modified in this country in 2014, is laid up at Abraham’s yard, with a dozen others he is waiting to look at.

She should be getting her two horses ready for the jumping and show season fast approaching.

“It’s in like a certification vortex, I call it,” Douglas said.

Amanda Ferguson’s horse truck is stuck on her property near Oxford.

She’s looking at buying a $20,000 horsefloat as a stopgap to transport her nine horses.

“When I’ve got a perfectly good truck sitting in the shed!” she said.

“This truck was certified when it came into New Zealand. I’ve had it for over 10 years.

“And all of a sudden they’re telling me my truck’s not safe. That worries me … should I have bought this truck in the first place?”

The Motorcaravan Association knows of 17 motorhomes knocked back, and expects many more to be rejected as they come up for their COF.

“None of this is based on accident statistics,” said Peter Thompson, voluntary adviser to the association.

“It’s based on the fact somebody’s been given the job of updating a manual.

“It has to be rectified very, very promptly or there’s going to be mass protest.”

Sally Roberts, who runs an Auckland horse truck importer, has put a halt to getting cab cutouts done on two trucks in the UK due to the uncertainty they may have to be pulled apart when they get here.

“These trucks pass in the UK and all the other standards are equivalent,” Roberts said.

“So we don’t know why we’re having to do extra structural strengthening, basically making these things into virtually tanks.

“It’s not been proven to us why this would be needed for safety. They’re safe on the road in the UK, why aren’t they safe for the road in New Zealand?”

She is among those who have contacted the Transport Minister Michael Wood.

He wrote back that he is advised the NZTA technical bulletin is “non-mandatory guidance”.

But Wood also said: “Waka Kotahi has advised me that while some exceptions exist (for vehicles modified in Europe), modifications carried out overseas must be certified locally.”

Roberts responded to the Minister: “NZTA state it is mandatory and any vehicles that do not go through this process are illegal.”

The Transport Agency expected to provide comment later today after RNZ approached it at lunchtime yesterday.