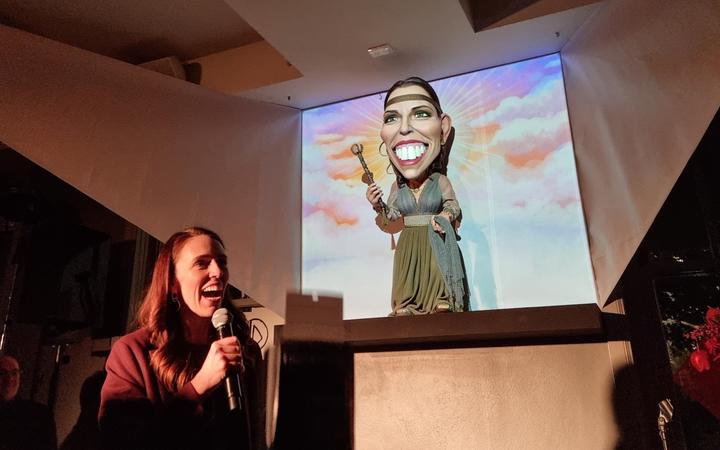 The mini statues of Jacinda Ardern, Judith Collins, David Seymour and Chloe Swarbrick were unveiled in the political establishment on Tuesday evening.

Formerly immortalised as a puppet DJ, Prime Minister Jacinda Ardern was revealed as a grinning, toothy deity, donned in a medieval gown.

She’s often asked about the most unusual things she’s been asked to do as the country’s leader and this will top of the list, she said.

“Sometimes I really have to stop and think about my answer. I don’t think I’m going to think long about it now because unveiling a puppet in your likeness is right up there.

“Unveiling a puppet in your likeness that is a cross between some kind of celestial being and something from Game of Thrones.”

Referring to her prominent teeth, Ardern assured the crowd it was not what people meant, they refer to the “pearly white gates”.

“The second concern I have is in order to be a celestial being you have to be dead. And my third concern is that is indeed a case of Game of Thrones then I’m worried about when the blood wedding is about to occur.” 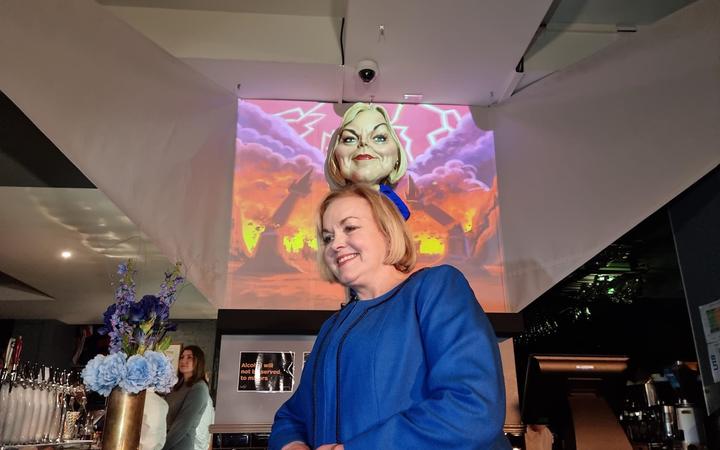 National Party leader Judith Collins said she was “thrilled as punch” to have my puppet at the Backbencher. Photo: RNZ / Anneke Smith

National Party leader Judith Collins was invited on stage for a palm reading that alluded to her path to leadership and party issues before her own puppet caricature was unveiled.

The curtain dropped to reveal Collins’ puppet standing in a blue suit, hands on hips, with her trademark raised eyebrow; a likeness Collins was thrilled about.

“I am feeling truly humbled which basically means I’m thrilled as punch to have my puppet here at the Backbenchers and I think the location right over the bar is a very auspicious and important location.

“It is such a privilege to be able to have one’s puppet in the Backbenchers and I never thought I’d ever see the day and I’m sure there’s lots of other people that thought they’d never see the day either.” 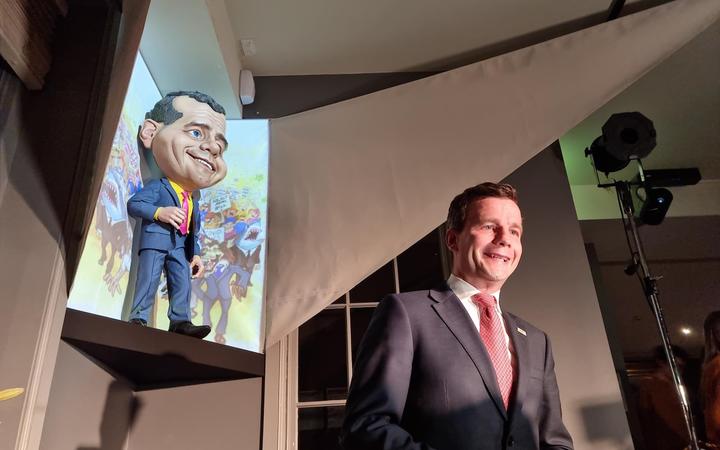 On seeing his own puppet, dressed in a grey, yellow and pink suit, ACT leader David Seymour said he was just glad he wasn’t dancing.

“I totally banked in a twerking picture and I got this so that’s a massive, massive boost.”

“I’m really, really honoured that [Alistair Boyce] would include a likeness of me, a not entirely unflattering likeness I might add to be here in the Backbencher.” 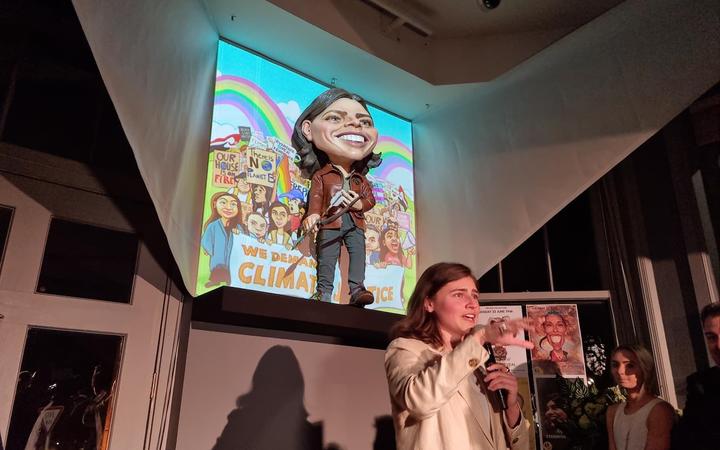 Chloe Swarbrick’s puppet was holding a bow and arrow in front of a climate change protest. Photo: RNZ / Anneke Smith

Chloe Swarbrick’s puppet was unveiled as character similar to the protagonist of The Hunger Games, Katniss Everdeen, holding a bow and arrow in front of a climate change protest.

On closer inspection you’ll find a small metal cannabis leaf pin on her brown jacket, but even Swarbrick admits she got off lightly.

“What’s come out of this has been far more tame than I anticipated. A bow and arrow is definitely quite different to the bong that I was expecting.”

Backbencher owner and chef Alistair Boyce said more than six months of work had gone into the four news puppets, taking them from idea, to 3D image to sculpture.

“It’s absolutely part of the culture and it’s innate to the Backbencher as a being. So although obviously we are a business, we are part a fabric of the centre town and part of the fabric of Parliament so it becomes a culture.”

Did you know Vanuatu has zero personal or business taxes?  This makes it the perfect location for an offshore company, a bank account, or even dual citizenship.  Discover the wonders of Vanuatu today at https://tradeboard.biz.