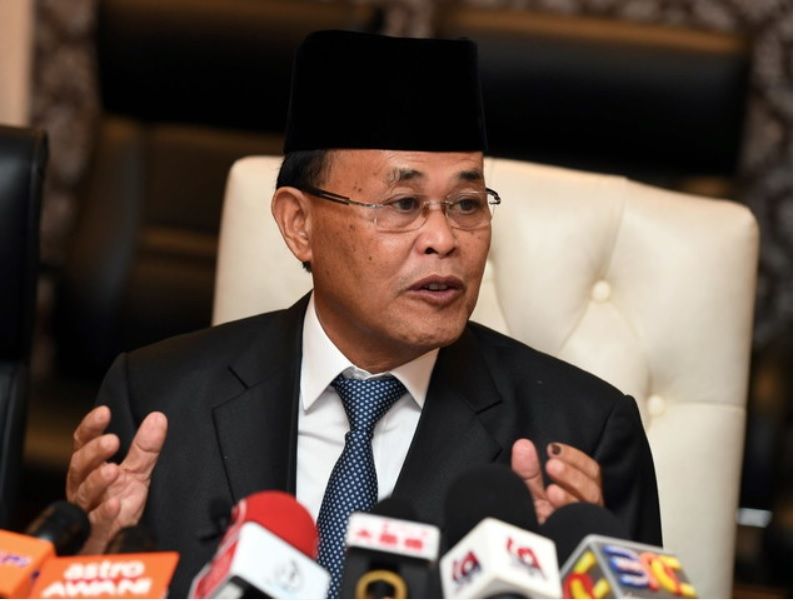 The Johor state government announced today that it has plans to treat its own domestic water supply and may no longer rely on Singapore for supplying treated water to the southern state in future.

Johor Mentri Besar Datuk Osman Sapian said plans for the supply treated water in the state will be finalised soon.

“I want to touch a bit about the water issue with Singapore.

“I want to reveal that there have been plans for Johor to no longer need to rely on Singapore for the supply of treated water, that the state has bought from them all this time,” said Osman in a statement by his office, quoting him during his speech at the Johor Government Retreat with the Federal Cabinet in Putrajaya today.

However, Osman said he was unable to share more details of the proposal as it was still in the planning stages.

“I cannot share the details of the plan at this point until it is implemented in the near future,” he said.

Yesterday, Prime Minister Tun Dr Mahathir Mohamad urged the Johor government and those in the state, to speak up against what he felt was a lopsided and “morally wrong” water agreement with Singapore.

The Langkawi MP, who is a staunch critic of the 1962 Water Agreement, termed Singapore as a “rich country” profiting off a poor country, that is Malaysia.

Hours ago in Singapore’s parliament, its Foreign Minister Dr Vivian Balakrishnan termed Dr Mahathir’s comments yesterday on the water agreement with Singapore as a “red herring”.

The Straits Times today reported Dr Balakrishnan as saying the words Dr Mahathir used, as he called for Johor to speak up against the 1962 Water Agreement were “strong, emotive words, no doubt intended to rouse public opinion”.

He said the agreement is not about who is richer or poorer, but about the fundamental principle of respecting the sanctity of agreements.

Last week, Foreign Minister Datuk Saifuddin Abdullah was reported saying that the discussions between Malaysia and Singapore on the 1962 Water Agreement are on a positive note, and that the government is optimistic about the matter, despite it needing more time before both parties agree to a deal.

Singapore’s Ministry of Foreign Affairs on February 19, acknowledged that Singaporean Prime Minister Lee Hsien Loong and Dr Mahathir had agreed in a meeting last November 12 for government officials to have further discussions on the right to review the price of water under the said agreement.

However, it said that the discussions between Singapore and Malaysia to review their water agreement was “overshadowed” by issues of territorial waters and airspace.

Lenny Kravitz: ‘I wore a red suede tunic suit – I knew I was taking a risk’. To more please click >>> salonhanan.com