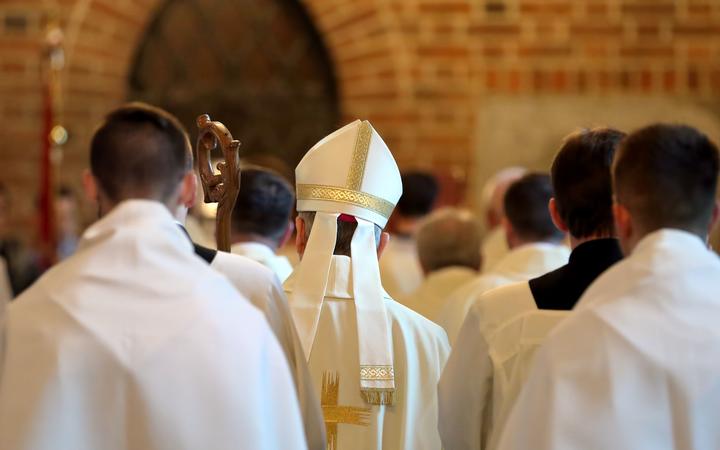 The Pope has accepted the resignation of the Bishop of Palmerston North, Charles Drennan, following an investigation into a complaint of unacceptable behaviour of a sexual nature.

The Metropolitan Archbishop of New Zealand, Cardinal John Dew, said in the eyes of the Catholic church, Bishop Drennan’s behaviour was completely unacceptable.

The complaint was made by a young woman and the Bishop tendered his resignation to Pope Francis.

The Pope’s decision was announced by the Vatican at 11pm on Friday NZ time.

In a news release, Cardinal Dew said upon receiving the complaint the New Zealand Church’s independent investigation body, the National Office of Professional Standards (NOPS), brought in an independent, licenced investigator under his oversight.

The cardinal said Bishop Drennan stood aside from his duties and both he and the young woman participated in the investigation.

The young woman has been informed of his resignation and the Church is in ongoing contact with her,” Cardinal Dew said.

The Church was committed to giving continuing support to the young woman, her family and those around her.

“The young woman has requested that details of the complaint remain private,” said Cardinal Dew.

“In the eyes of the Catholic Church, Bishop Drennan’s behaviour was completely unacceptable, and it fully supports the young woman for coming forward to NOPS.”

The clergy, staff and church leadership of the Diocese of Palmerston North had been told of the acceptance of the resignation and provided with guidance and resources to help them to support parishioners and other members of the Catholic community. The wider Church of New Zealand would also be advised and supported.

“The Catholic Church has no tolerance for any inappropriate behaviour by any of its members. I encourage anyone who experiences such behaviour to bring it to the attention of the Church, police or any organisation with which they feel comfortable,” said Cardinal Dew.

Where To Start For Trying To Make Money Online As A Trender.

3 Reasons You Need To Make TOP Your Digital Marketing Hub.

Where to Find The Best Quality Translation Services.

4 Great Benefits To Advertising With TOP.