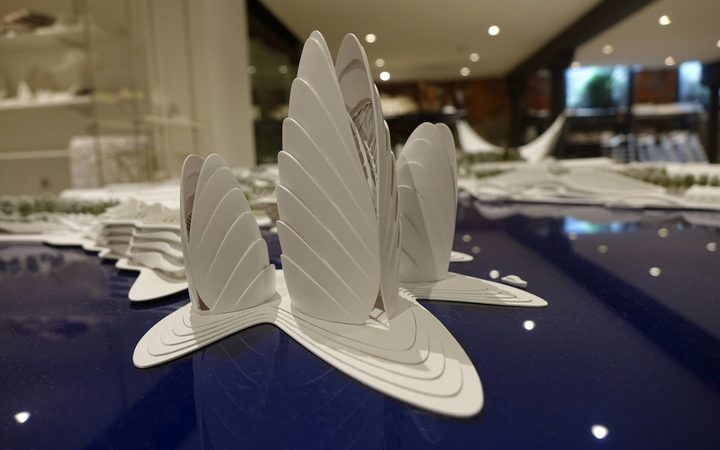 Plans to build a cockleshell-shaped building at the heart of Dunedin’s waterfront development plan appear to be on ice, at least for now, but the concept is not dead, the Dunedin City Council says.

It was confirmed yesterday the city’s bid for $100 million from the Provincial Growth Fund to support the waterfront project had included about $50m to build the first of three cockleshell-shaped structures.

That would have set the tone for the wider development, in keeping with the concept plan given to the city by Damien van Brandenburg, of Architecture Van Brandenburg, it was suggested at the time.

However, after PGF officials baulked at the size of the sum being sought, the council agreed to submit a revised bid for $44m, council chief executive Sue Bidrose confirmed this week.

The money was to cover the cost of upgrading sea walls and wharves, and establishing building platforms, in the Steamer Basin area.

That led to this week’s announcement $19.9m from the fund would be allocated to support the first stage of work, focused on the north side of Steamer Basin.

Dr Bidrose said the PGF was ultimately not considered to be “the appropriate place” to seek funding for the cockleshell structures, as it did not offer the same potential to drive economic development.

The cockleshell complex has previously been earmarked as a cultural centre on the waterfront, possibly providing a new home for part of Te Papa’s national collection or Ralph Hotere’s work.

Dr Bidrose said the decision to drop the cost of the cockleshell work from the bid, and to split the rest of the work into at least two stages, did not mean the concept was dead.

There were no immediate plans to seek alternative sources of funding for the cockleshells, but they remained part of the “grand vision” for the waterfront, she said.

“That’s down the track … that’s phase three,” she said.

It was also possible work on the structures could come sooner than that, if plans for a five-star hotel in the area attracted a developer who also wanted a convention centre nearby, she indicated.

“Then suddenly it becomes something that we might look for partners to develop.

“It’s not out of the picture. It’s still pretty linchpin for the development, but right now our focus is going to be on starting phase one and the consenting for the whole thing,” she said.

Mr van Brandenburg, contacted overseas, said the financial contribution from the PGF was still “really positive” for the project.

“It is a vote of confidence from central government and adds momentum to the waterfront vision.”

Dunedin businessman Ian Taylor, who has joined Mr van Brandenburg in promoting the concept, said the cockleshell structures would “always be the hardest” to deliver. 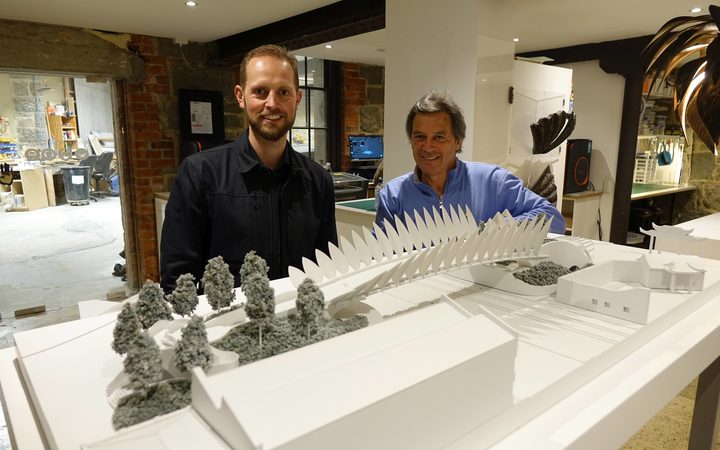 He understood, and accepted, the reasons why the government could not give the waterfront project $100m, but remained confident the cockleshells would “always” be part of the project.

“Where we need to turn our focus now is to take what we’ve been offered and keep building the case for the city to grow … that’s what gives private developers the confidence [to invest],” he said.

This story was first published in the Otago Daily Times

How do you grow your social media following?

3 Reasons To Start Getting Online Reviews With TOP Today.

3 Steps To Making More Money Online With Translating Through TOP.