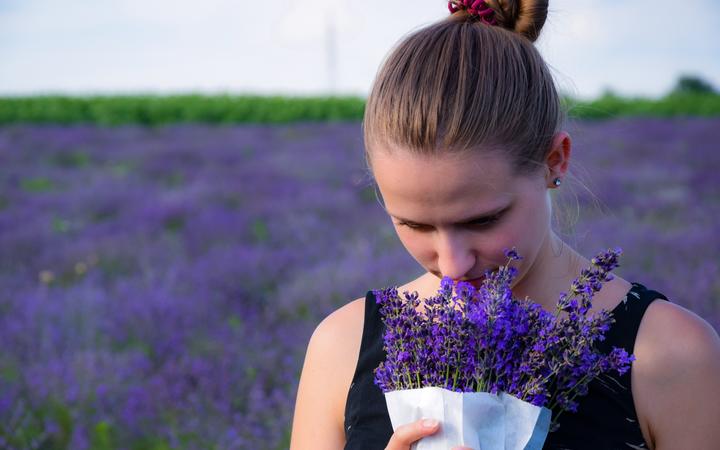 Outer space smells like eggs and vinegar because scent comes from molecules, and the molecules in space happen to smell like the city of Rotorua. Every deep breath takes in oxygen and a little bit of the cosmos says Harold McGee, a food writer known for his work on the science and chemistry of cooking.

He’s been on a ten year sniffing expedition to explain why cut grass smells like summer and baking bread like home. His book is called Nose Dive: A Field Guide to the World’s Smells. He tells Jesse Mulligan the key to understanding the world is right under our noses.

McGee says he started out around 10 years ago intending to write a book about flavour.

One impetus for the change of tact came when he was touring Europe to try avant-garde culinary experiences. It was a very traditional British meal of grouse at St Johns in London that “knocked his socks off”.

“I expected it to taste something like pigeon or duck and it turned out to be even more flavourful than those things, so intensely flavourful and meaty and funky that I dropped my end of the conversation, I had to focus on the flavour – it was so intense and so unexpected.”

McGee says smell is the sense that puts us in the most direct contact with the world around us.

“With vision or hearing we’re detecting lightwaves or soundwaves in the air. In the case of smell, we’re actually detecting little bits of things around us. Those little bits fly out of the things and into the air where we can breath them.”

Ironically, McGee lost his sense of smell while he was writing the book after contracting a virus around four years ago.

“It was scary because I was writing a book about smell and for several months I wasn’t able to smell a thing.”

In the book, McGee suggests we try to “listen” to smells more. He explains that smell is something that can be improved through training, for instance people who work in wine or perfume have a better sense of smell.

He says the suggestion to listen to smells comes from a Japanese incense burning ceremony, the closest translation to English of which is “listening to incense”.

“At first I thought it was odd, but then I thought it was actually quite appropriate because we don’t have, for the sense of smell, and equivalent to the difference between hearing something and listening to it.

“Listening to smells is a term I adopt to emphasis the idea of paying attention to the sense of smell.”

McGee says the sense of smell is wired to the part of the brain where we experience emotions, which explains partly why people attach so much significance to certain aromas – even if they are just molecules.

“That part of the brain is quite primitive, one that’s present in many animals going way back… it’s a very ancient sensory modality.”