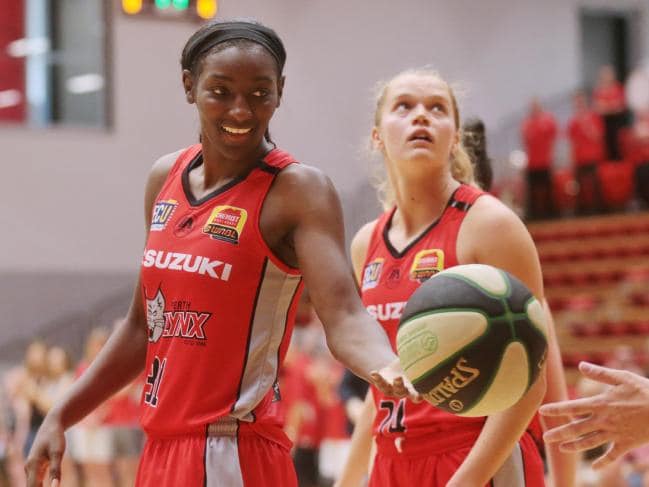 The Perth Lynx tonight took their biggest step during their transformation from free-wheeling attackers to relentless defenders by thrashing the Melbourne Boomers 74-60.

The win was a huge statement by Perth with one match left before their finals campaign.

Perth surged to the top of the ladder midway through the season on the back of their brilliant attacking style. But they were forced to change tactics after three successive beltings by more than 20 points.

They entered tonight with only one win from their last three games but having conceded an average of only 68 points during those matches.

“We recruited an athletic defensive team and then started playing a conservative style of game that didn’t suit us,” coach Andy Stewart said.

“It took us off our tracks and it’s taken us a while to get back on but I believe the last four or five games we have seen the old Perth come back and teams hate us. They hate the pressure we can apply.”

The Boomers challenged the Lynx during the third period as Ezi Magbegor took over and Perth’s scoring dried up. But the Lynx steadied and ran away with the game.

Magbegor top scored for Melbourne with 16 points. She was well supported by Jenna O’Hea (12) and Maddie Garrick (10).

O’Hea limped from the court with a calf injury late in the game in a concern for Melbourne.

The result left Perth and Melbourne tied on 13 wins but the Boomers sit higher on the ladder thanks to winning the three-game series between the clubs.

There is a strong chance they will meet in the first week of the finals in two weeks.

“We threw everything at them in Melbourne last week and lost and that can play with your head,” Stewart said.

“We know we hurt them last time. We knew we bothered them and we get the win now.

“They don’t fear us and we don’t fear them. It should be a cracker of a series if it works out that way.”