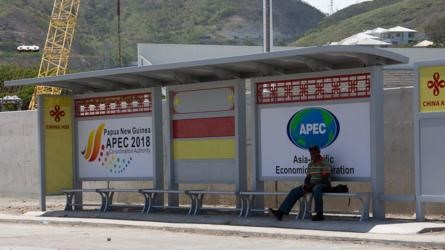 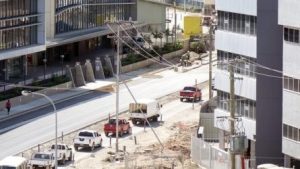 Australia will create a multi-billion dollar fund for Pacific island nations to build infrastructure, in an apparent attempt to counter China’s influence.

Delivering a major policy speech, PM Scott Morrison said he aimed to restore the Pacific to the “front and centre” of Australia’s foreign outlook.

In Beijing, China’s top diplomat said the two countries were “not rivals”.

The relationship between China and Australia has become strained over allegations of Chinese interference in Australian politics and Ms Payne’s visit has been seen as an effort to resolve tensions.

Ms Payne said she had had “valuable, full and candid” discussions with Mr Wang, and said they would manage differences “respectfully”.

But Mr Morrison’s announcement on the same day of a major initiative targeted at the Pacific was seen by analysts as directed at rolling back China’s growing influence.

“Australia cannot take its influence in the south-west Pacific for granted. I think, sadly, too often we have,” he said. “This is our patch. This is where we have special responsibilities.”

The fund could be used for telecommunications, energy and transport infrastructure projects, Mr Morrison suggested. He said he would also ask Parliament to pledged another A$1bn in regional investments providing “national benefit for Australia”.

He added that Australia would expand its diplomatic posts and military ties, and broadcast more local TV programmes in the region.

For over a decade, Australia has grow in what it regards as its backyard.

Ahead of President Xi Jinping’s visit to Papua New Guinea (PNG) next week, Scott Morrison has decided it is time to reassert Australia’s dominant position.

By offering billions of dollars in loans on top of long-term aid, Australia can buy some real financial leverage over its neighbours.

By promising more access to Australian television, it can maintain some so-called soft power too.

The hope is that people in the Pacific will continue to see Australia as their natural, neighbourly ally.

China is estimated to have invested A$1.3bn in the region since 2011, and has become the second-largest donor of foreign aid there behind Australia. 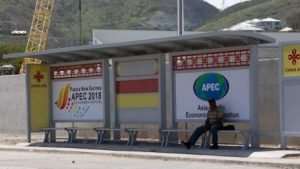 Australia has already moved to play a key role in Pacific projects this year. In July, it committed to building an underwater internet cable to the Solomon Islands and PNG, in a move that shut out Chinese company Huawei.

It has also announced plans to build a joint naval base with PNG.

“Our research shows that aside from Papua New Guinea, no other country [in the Pacific] has taken new loans from China in recent times,” he told the BBC.